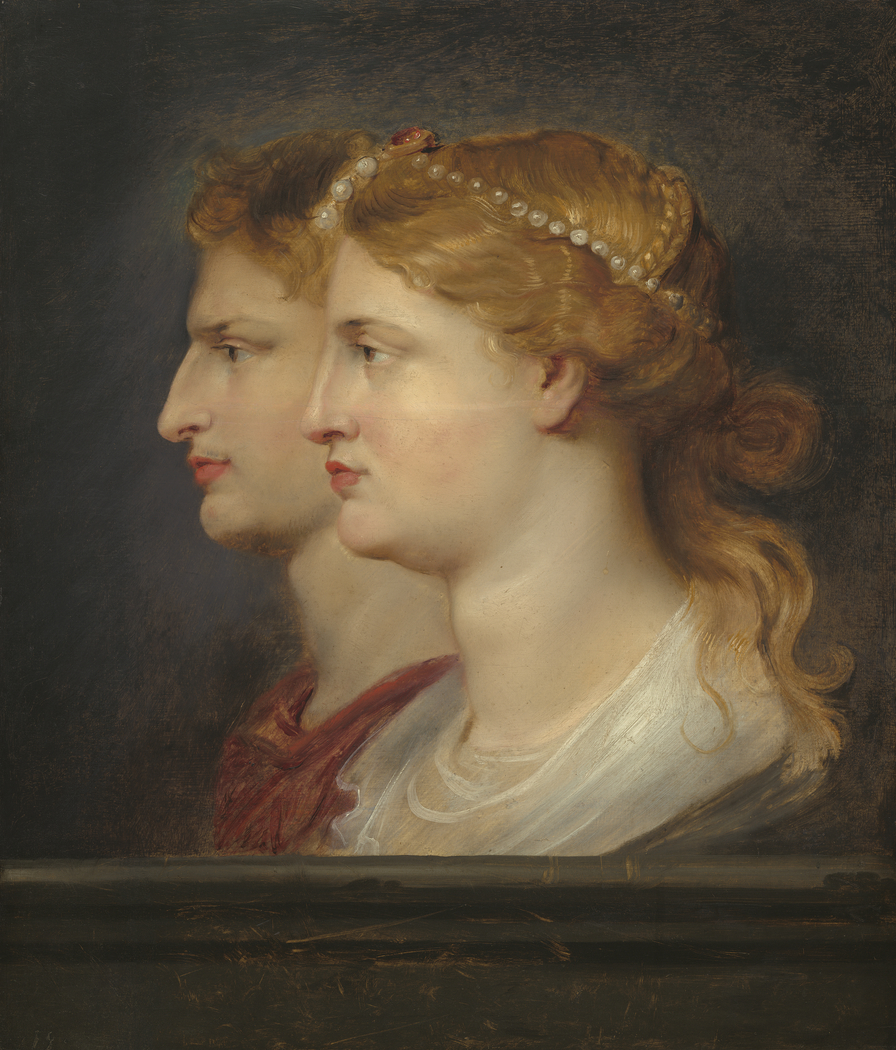 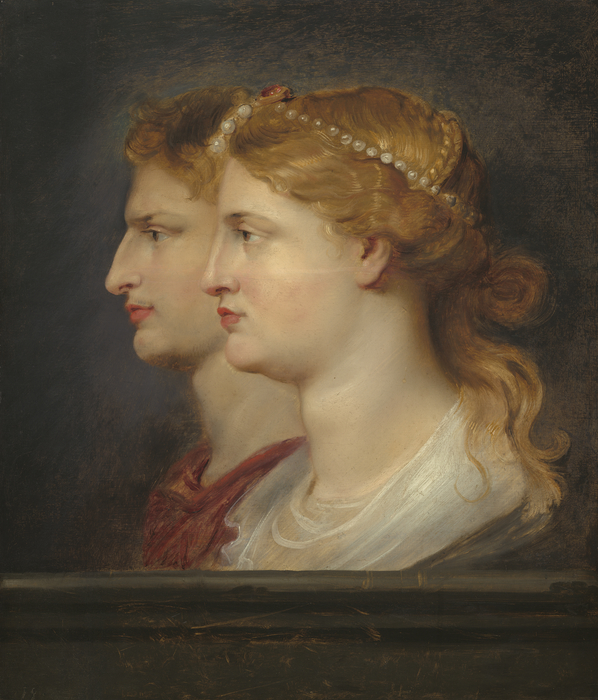 1614
Between 1600 and 1608, Peter Paul Rubens lived and worked in Italy, where he immersed himself in the study of ancient sculpture. He admired the idealized beauty of its classical forms and recognized its importance as a pictorial source for Greek and Roman history. While in Italy, Rubens executed numerous drawings after antique sculpture—marble and bronze, freestanding and relief—as well as antique gems, medallions, and cameos. These studies became sources of reference and inspiration for the artist, whose interest in classical antiquity continued unabated for the rest of his life.

The Gallery’s double-profile image of Agrippina (14 BC – 33 AD), the granddaughter of Emperor Augustus, and her husband, Germanicus (b. 15 BC), a prominent and highly lauded commander-in-chief in the Gallic and Germanic provinces of the Roman Empire, is one of the most vivid manifestations of Rubens’s interest in antique sculpture. Executed around 1614, it resembles a cameo in subject and composition, yet, as was Rubens’s great talent, the figures feel full of life. He subtly differentiated Agrippina’s luminous, ivory-colored flesh from the ruddy complexion of her husband, and used rhythmic touches of his brush to create accents of light that give life to her wavy golden hair.

Despite the fact that Rubens’s double-profile has pictorial roots in the overlapping profiles occasionally found in ancient cameos and coins, there is no direct pictorial source for this painting. Most ancient cameos and medals with overlapping images of male and female heads depicted the male in the foreground, but here Rubens has granted Agrippina pride of place. Technical evidence suggests that he initially intended to portray Agrippina alone, and only later extended the panel to include Germanicus. Agrippina was deeply connected to the city of Cologne, Rubens’s hometown, where she famously helped to defend a bridge in AD 14, thereby ensuring the safe return of Roman soldiers from battle. The city was, thus, named Colonia Agrippinensis (Cologne) after her daughter Agrippina the Younger. It may be that Rubens executed the painting in commemoration of her noble actions, and over the course of its evolution, those of her husband as well.