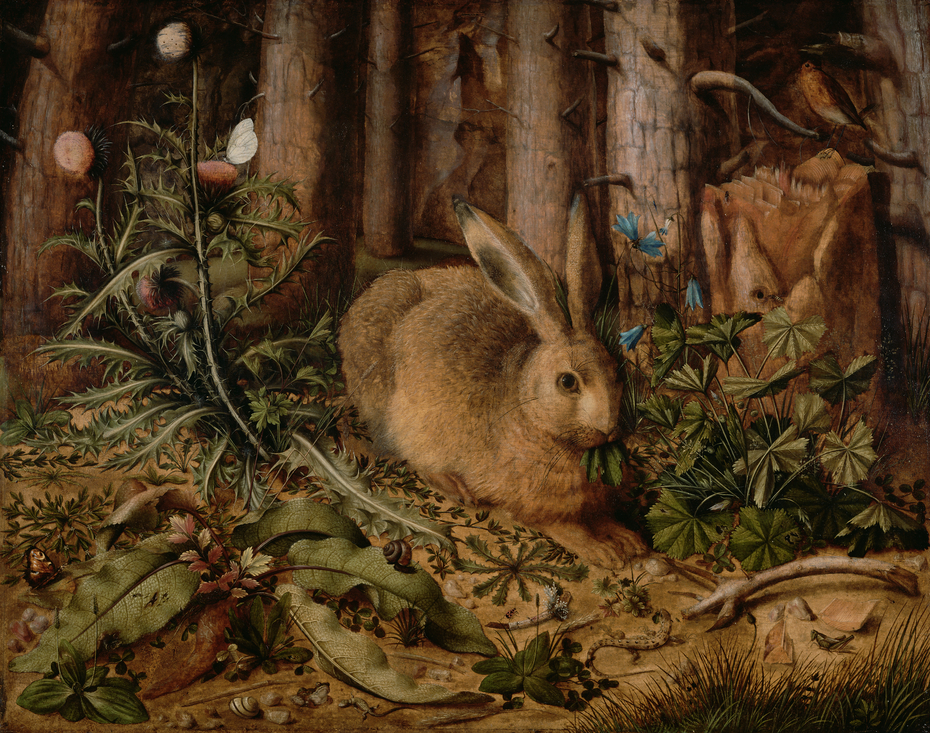 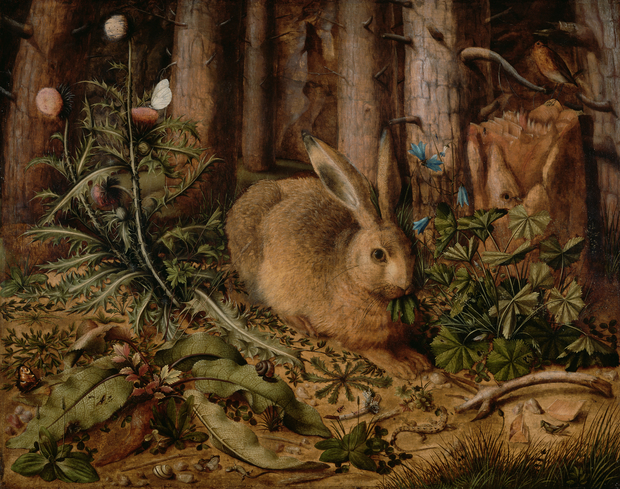 A Hare in the Forest

Nibbling on a leaf pulled from a stalk of Lady's Mantle, an alert hare sits at the edge of a pine forest. Unlike the darkness one would expect to find in a forest, Hans Hoffmann painted a theatrically illuminated scene. Each plant and insect--snail, cricket, beetle--is seen in vivid detail. The finely wrought leaves of the thistle, the sprawling fronds of a plantain, and the bright blue flowers of the Hare Bell attest to Hoffmann's meticulous treatment of the subject. In fact, none of these plants could have coexisted in the natural world. Hoffmann imaginatively combined numerous individual nature studies in a single painting.

Hoffmann's golden-brown hare is based on Albrecht Dürer's famous and influential watercolor which, much like his Stag Beetle, shows a hare against a plain ground. Hoffmann had seen Dürer's hare while in Nuremburg. Later, when he went to work in the court of Emperor Rudolf II, he helped the Emperor acquire the watercolor for his Kunstkammer. Hoffmann's hare differs from Dürer's, however, appearing amid a striking arrangement of elegant plants and insects. At the time it was painted, this arrangement of nearly life-size subjects was entirely unique, not only within Hoffmann's body of work, but also within the tradition of German nature study.