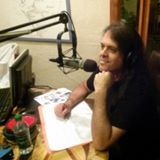 Brandon Scott was born in Long Island, New York and is of Lithuanian descent. Growing up in a large city inspired him in his use of colors. This defines his vivid dream like style. Brandon fell in love with the community driven art scene of NYC. He later relocated to the amazing art community of Bradenton, Fl. in 1987. He started a career in steel erection to pay his bills. As he soon found out, this would not be his true calling in life.
Brandon has a strong social media presence that not only gets him out to local markets, but to international markets as well. He covers all aspects of social media, which recently led to having three of his paintings being published in a coffee table book for the “Art for Good Foundation” By philanthropist Wendie Busig-kohn.

In January he was asked to display in the Leonardo Da Vinci museum which is on loan from Florence Italy.
more >
30