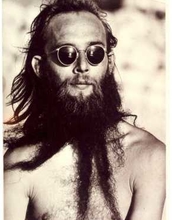 Wout Wilgenburg, born in 1944 in Hoevelaken, Holland, started drawing and painting at an early age.
Soon he realized that becoming an artist was his most important ambition. He left school at 16 and began traveling around Holland and France. In Paris he met former Cobra artists like Karel Appel, Corneille.

Wilgenburgs art and life changed profoundly when he met Stien Eelsing. She persuaded Wout to drop his sculptural drawing style and to start making actual sculptures. Wilgenburg made his first sculptures from 1960 until 1962. In the beginning he would use hard materials like wood and stone. His early sculptures were strong and solid. At the end of 1962 he prepared himself for his first exhibition with the international art group Arti Salle. Wout showed his work in Amersfoort (Holland) and Chartres (France). The exhibition was a big hit. Wout sold all of the sculptures shown. The press compared his work to the sculptures of Ossip Zadkine. That same year he met the sculptor Pieter Starreveld, with whom he studied until 1963. At this time he learned how to use the lost wax technique. In 1963 Wout met Nic Joosten. The family Joosten had a very important bronze casting company in Soest. For tree years Wout was active in this company. Here he was introduced to well known artists like Wessel Couzijn, Shinkichi Tajiri, Henry Moore and Giacometti. His friend and fellow sculptor Lotti van Der Gaag also had her work cast here. To improve his casting and lost wax techniques he left Holland for the Middle East.

From ‘64 to ‘68 he lived in Crete (Greece) and Holland. In Greece he lived and worked in the Caves at Matala. He joined archeological digs with his brother and he became interested in the myth of Atlantis. Inspired by his many travels his sculptures became more open, spacious and organic. During this period his work was exhibited in the Stockholm Modern Museum, the Central Museum of Utrecht, the City Museum in Amsterdam, and other museums and galleries in Paris, Germany and Greece. He married in ’67. In these days he was a proud member of the ‘‘Provo’’ and ‘‘Kabouter’’ activists in Holland. He participated with the May '68 revolution.

In 1969 he traveled to Turkey. In 1970, he showed his work in the famous galleries Duncan and Ysi Brachot in Paris. There he met the art critic poet Vallobra. Through his contact with Eddy de Wilde, the curator from the City Museum in Amsterdam, Wout got the opportunity to show twenty-nine figurative sculptures in the Guggenheim Museum in New York. This was his chance to present his work to the New York art scene. In those days he was one of the best paid sculptors in Holland, his work was known all over Europe, the United States and Japan.

Finally Wout left Holland and moved with his family to Belgium in 1971. There he started his own bronze casting company and was well known for his lost wax and patina techniques. He worked for René Carcan, Rik Poot, and many others. At the same time he still operated his city owned atelier in Amsterdam (Holland) called Imagination. However, the line between success and downfall is very thin. The eighties proved to be disastrous for the artist. Wilgenburg was the victim of several burglaries. Most of his work was stolen from his atelier in Holland. In 1989 he moved from Steenokkerzeel to Schaarbeek, his wife and kids returned to Holland. Later that year he met the art dealer André Van den Hende who gave Wout a large atelier and opportunities to exhibit his work. But once again Wout found himself in problems. There was a mysterious accident with his grinding machine and Wout found himself in the hospital with a heavily injured arm. Morphine was the only way to stop his pain. Van den Hende promised to oversee Wouts affairs and atelier but took this opportunity to steal all of Wilgenburg’s work. Even in hospital he felt the urge to create. During his stay he took up drawing again and turned his room in his own personal gallery much to the pleasure of his visitors and hospital staff. When Wout was released from hospital he had nothing left to return to. All of his works had gone, and because of his injured arm, he was no longer capable of operating his heavy tools. The techniques he perfected were now worthless to him.

Wout found his strength back and took up painting. He would even start sculpting again with other lighter materials. His paintings are strong like Karel Appel, Dubuffet, Gaston Chaissac. Luckily for Wout he made new friends who believed in his work and his strength and integrity as an artist. Since 2005 Vincent Verbist took it upon himself to promote the works of Wout Wilgenburg. In 2006 Wilgenburg showed for the first time his sculptures and paintings at the city hall of Schaarbeek.
more >
7