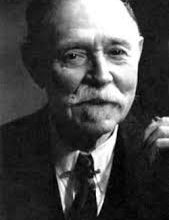 He was born at Maidstone Manor Farm, Berkeley County, West Virginia. He entered the Maryland Institute at age 14, then attended the Royal Academy in Munich. He returned to the United States after twelve years abroad and worked painting cycloramas and as a magazine illustrator. He married twice, and fathered William Colston Leigh, Sr. (1901–1992).

In 1906, Leigh traveled to the American West and maintained a studio in New York City. In 1926 he travelled to Africa at the invitation of Carl Akeley for the American Museum of Natural History, and from this experience wrote and illustrated Frontiers of Enchantment: An Artist's Adventures in Africa. In 1933, he wrote and illustrated The Western Pony. His adventures were chronicled in a number of popular magazines including Life, the Saturday Evening Post, and Colliers. He is known for painting the Grand Canyon and Yellowstone National Park, but his primary interest were the Hopi and Navajo Indians. In 1953 he was elected into the National Academy of Design as an Associate member and became a full Academician in 1955.

He also made astrobiological art for the March 1908 issue of Cosmopolitan, in an article by H. G. Wells called The Things that Live on Mars, which speculated about Martian life. Science fiction writer Edmond Hamilton described the issue as a defining moment in his life. [source]
more >
3