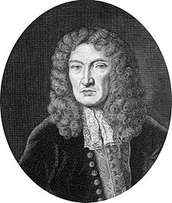 Willem van de Velde I (c. 1611-1693)
Willem van de Velde I was born in Leiden around 1611. He devoted his life to depicting ships. He used sketches made in situ to create pen paintings, drawn in ink on canvas or panel prepared with a white ground. Van de Velde sailed with the Dutch fleet as a kind of war correspondent. In 1666, he made a series of drawings of the Four Days Battle off Dunkirk, personally approved by Admiral Michiel de Ruyter.
In the winter of 1672/1673, Willem van de Velde I and his son, also called Willem (hence II) and also a painter of marines, moved to England. There they continued painting naval battles and royal yachts, but for Charles II, and later for James II, his brother and successor. Besides pen paintings, in later life Van de Velde I also painted several oils – of ships, naturally. He died in London, in 1693.
[Source]
more >
3