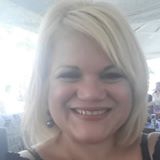 Smaragda Papoulia –Vasilakoudi
The issues at times choose always concern my personal reflection, the human presence in my work reflect exactly my interest in the soul, just as emerges from faces and figures.
Either painting with tons of white - black or looking color combinations and balances, that my work , although all have as central theme human
Smaragda Papoulia – Vasilakoudi was born in Athens in 1965. During her first painting lessons, she is taught by T. Pandos and
S. Koukoulomatis (1981 – 1984).
In 1984, she is the first student to be accepted with state scholarship
into Athens’ School of Fine Arts. She studies Art amongst P.Tetsis,
G.Valavanidis and stage design and Costume Design with V.Vasiliadis. She graduates with honors.
In 1980, she becomes a member of “The collective center of Artistic activities” (“SYN”).
She is a member of “The Chamber of Fine Arts” of Greece. Lives and works in Greece. Her work can be found in museums , Ministry of Culture ,Bank of Eurobank and many private and public collections . From 1984 until today part of in numerous group exhibitions in Greece and abroad.