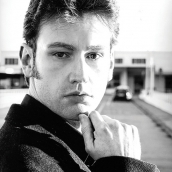 Born in Sofia, Bulgaria, in 1979. Since when a child he developed a passion for art that marked his path and his academic and professional growth. The years at the art high school were followed by a professional course of graphic design, a degree in visual arts and educational science and a master course in visual arts and semiotics of art. Meanwhile, in 2002 he began participating in international printmaking and bookplate exhibitions (35 so far), winning several prizes: title of honor in 2002 and second prize in 2003 at the world small print and painting exhibition (Itart) in Pisa, Italy, first prize in "free subject" section at the art biennial "Fighting poverty in the world" in Ankara, Turkey, in 2005. In 2007 he moved to Italy, where he attended a second master course in decorative arts winning some scholarships. At present, he is working as a self-employed professional in the field of visual arts. Several of his works are kept in museums and libraries in various countries or have become part of private collections in United States, Canada, Brazil, South Africa, Italy, Bulgaria, Belgium, etc.

2002 - 2006
Graduated in a bachelor`s degree programme in "Visual Arts and Teaching" at Sofia University.
Received an excellent mark for his Graduation project “The Ex Libris, reality and fantasy, words and images”

4th International Biennial for Ex Libris
"Tribute to the Butterfly" 2004
With exhibitions in:
Guadalupe - March 2004
Otumba - May 2004

2013 - Panel with the "Virgin of the Letter" for Saint Erasmus chapel in Santa Margherita Ligure (Genoa), Italy

The Gallery of the town of Bratislava, Slovakia

Cultural Center of the Municipality and The Library of Lefkas, Greece