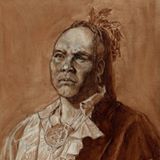 As an artist I have always been captivated by the work of the old masters, especially of the Dutch northern Baroque period and extending to the 19th century academic masters of France and also the Russian academies as well.
I initially studied art at a time when most mainstream art in America was of the post-modernist bent. While I liked some of the color field painters - Louis and Frankenthaler or Stella, that like did not extend to feeling any empathy to working in such manner. Dali was a glimmer or the post pop photo realists gave way to to opening the door to renewed opportunities for artists who wanted to produce works in the realist vein. This most appeals to me and has always been my natural inclination as a painter.
more >
3