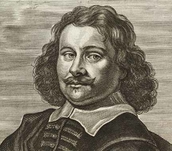 Jan Both was born in Utrecht between 1618 and 1622. From 1634 to 1637 he was apprenticed to painter Gerard van Honthorst. Like his brother and fellow artist Andries Both, he worked for a period in Rome. There he met Frenchman Claude Lorrain, with whom he collaborated on a series of landscape paintings. Everyday life of the streets of Rome developed into one of his favourite themes. On his return to Utrecht (probably in 1642) he stopped painting genre pieces and focused instead on pictures of Italian landscapes bathed in a warm, golden light. This was a style several other Dutch painters had also adopted: they were known as Italianists.
more >
3