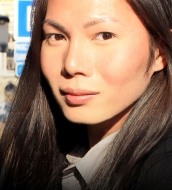 HARI LUALHATI is an ARTIST (Painter, Illustrator, Graphic Artist, Designer) born in Philippines and obtained a Degree in Fine Arts in University of the Philippines, Diliman year 2006 (Cum Laude). Hari Lualhati has worked in Manila, Hong Kong, Shenzhen China, and South Africa. Hari is now based in South Africa.
Hari has received numerous awards from different international competitions like The Palm Art Award Certificate of Excellence 2012 (Germany), Art Takes Miami: 1001 Artist Project 2012 (Miami), been selected for the 1st Biennale of Art of Palermo 2012 (Italy), part of the shortlist of Ken Bromley Art Supplies Cover Competition 2012 (UK), part of Top Ten Winners of Vivid Arts Network “Conscious Creation” 2012 International Fine Art Competition (New York), to name a few. Hari has also been featured in International Magazines and newspapers: The Philippine Star 2004, China Daily 2008, ARTtour International Magazine October 2012 Issue and January 2013 Issue, etc. Hari has also been on the cover of International Art Magazines like Art Manager 7 Magazine and INSIGHT Magazine for year 2013.
"My art is heading towards passionate figurative compositions built up by expressive line strokes and bold brush techniques necessary for certain emotions to show through. Together with this is my rich devotion to details that elevates the artwork’s aesthetics. The profound visual narrative and the techniques used aims to reveal the invisible within the visible.
Though I take into consideration the use of different techniques, I value more the feelings that I put into my works. I paint with my heart. For me, a painting is successful if it can make anyone who would look at it feel the emotion that it’s suppose to give. It is like delivering a clear message by touching the hearts of the viewers. " - Hari Lualhati
HARI LUALHATI
(Artist / Painter)
Like me on Facebook: http://www.facebook.com/HariLualhati.Artist
Website: http://harilualhati.yolasite.com/
Blog: http://harilualhati.blogspot.com/
Subscribe to my YouTube Channel:
http://www.youtube.com/subscription_center?add_user=HariLualhatiArtist
more >
7