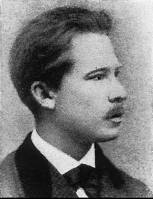 Born the son of a mathematics professor, Hill grew up in the narrowness of the university town of Lund in southern Sweden and had to strike out his career as a landscape painter against his father’s will. After studying at the Stockholm Royal Academy of Fine Arts, he went to France. In the summer of 1874 Carl Fredrik Hill travelled to the village of Barbizon south of Paris, a Mecca for artists worldwide. Both the Barbizon School and Camille Corot had a decisive influence on him.

Hill wrote: “I have become convinced that art has no other goal than the truth, le vrai. Not the tritely naturalistic, but the true heart." He sought his subjects at different sites in France, Monitigny, Champagne and Normandy. "Ambition drives me to overexert myself and I give myself no peace" he said. Yet, Hill’s endeavors were not crowned with official success; his works were rejected when he presented them at the Paris Salon. After a severe psychotic attack and hospitalization at the age of 28, his career as a landscape painter came to an untimely end. He was diagnosed with hallucinations and paranoia. Friends helped him return home to Sweden where he gained sanctuary at his parental home after a short period at St. Lars mental hospital in Lund. At home he was cared for by his mother and a sister for 28 years until his death in 1911. In the Lund Register of deaths in 1911, he is listed as a "former landscape painter".

During the 28 years before his death, Hill's creative work entered a new phase. As the Swedish art historian Ragnar Josephson calls it "the second great period of his life as a painter". His artistry continued unabated; during these years he drew four drawings a day.

The motifs for Hill's drawings in this period came from imagination and memory as well as from older art and illustrations. To Carl Fredrik Hill, drawing was a way to take control of the new world which had now succeeded the old one. On paper he created a world of his own. Drawing became a way to distract the evil forces that surrounded him constantly. He defended himself, using a pencil as his weapon. "The prince of whispers ... where the world glows in a blood-red struggle" writes Gunnar Ekelöf in a poem to Hill. [source]
more >
1