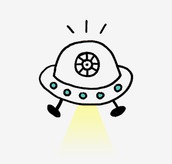 In 2007 he received the first prize at the "ArtJove. Illes Balears". Visual Arts category. In the same year, he is selected by the italian curators Achille Bonito Oliva and Gianluca Ranzi to take part in the exhibition "No va más. The game's on" at Museo Vostell- Malpartida (Cáceres, Spain.)

In 2008 he began to collaborate with the italian gallery Alberto Matteo Torri (Milan, 2008-2010) and with the spanish gallery Ferran Cano (Barcelona 2009 and Palma de Mallorca 2010.) Actually, he is represented by Pelaires gallery (Palma de Mallorca, Spain) and Allegra Ravizza (Lugano, Switzerland.)