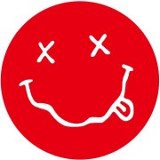 Controversial Japanese street artist, 281 Anti Nuke is being called the Japanese Banksy. With due reason, this artist has been in; The Wall Street Journal, The Economist and Giant Robot. While he has been interviewed by Japan Rolling Stones magazine and the french news network Channel 24 (All between August & September 2012).
His works bring a message. When you see his works, like Banksy, it usually takes you a few moments to realise the true message of his works.
Ai WeiWei, Banksy and 281 Anti Nuke are all trying to do the same thing. Creating awareness of an issue, through art.
more >
13