The First World War and the Bolshevik Revolution of 1917 were the catalysts for the dramatic changes that occurred in the art movements that encompassed the Russian Avant­-garde. The themes of many of the artworks were influenced by the artists’ beliefs in freedom, a freedom that was distorted under the autocratic rule of the Russian tsars, and later restricted by the Russian Civil War and the dictatorships of Lenin and Stalin. 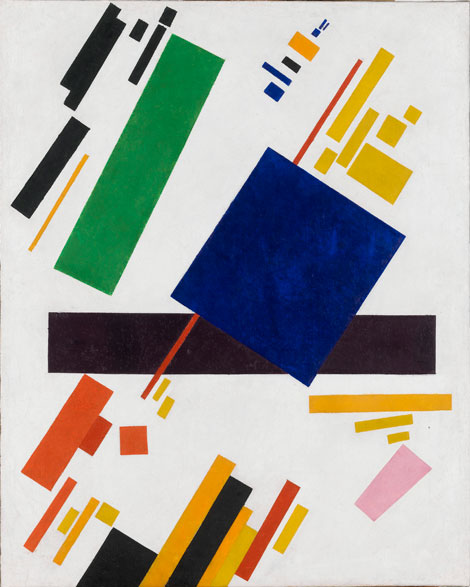 Many of the styles that emerged during this era, especially Constructivism, would also play a key role in Soviet propaganda. The bold geometric shapes and the block lettering were important elements in many Constructivist-influenced Soviet posters.

Though the Constructivist aesthetic had been incorporated into Soviet propaganda throughout the 1930s, the ideas formulated during the Russian Avant­-garde clashed with the state sponsored ideas of Socialist Realism. Much of their work had profound influences from outside of the Soviet Union. Kandinsky himself, for example, taught at the renowned Bauhaus school of design in Germany.

The movement also encompassed many forms of art outside the realm of painting. The Avant­garde was an advent of new ideas and themes within cinema, with filmmakers such as Sergei Eisenstein rising to prominence, and architecture, where Ilya Golosov was a proponent of the post-­Constructivist style that was endorsed by Stalin. Architectural projects such as the Palace of The Soviets were an embodiment of this Classical style within post-Constructivism. 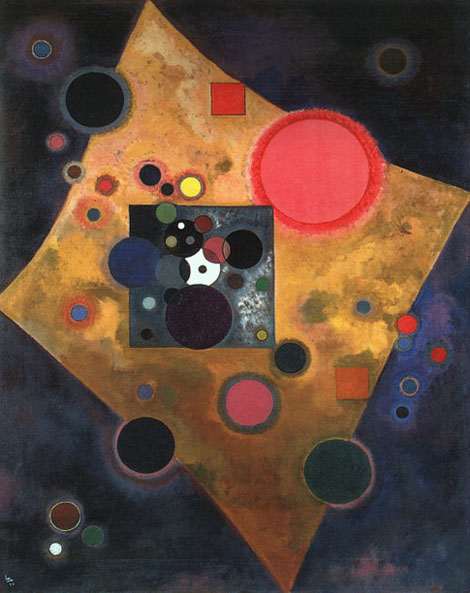