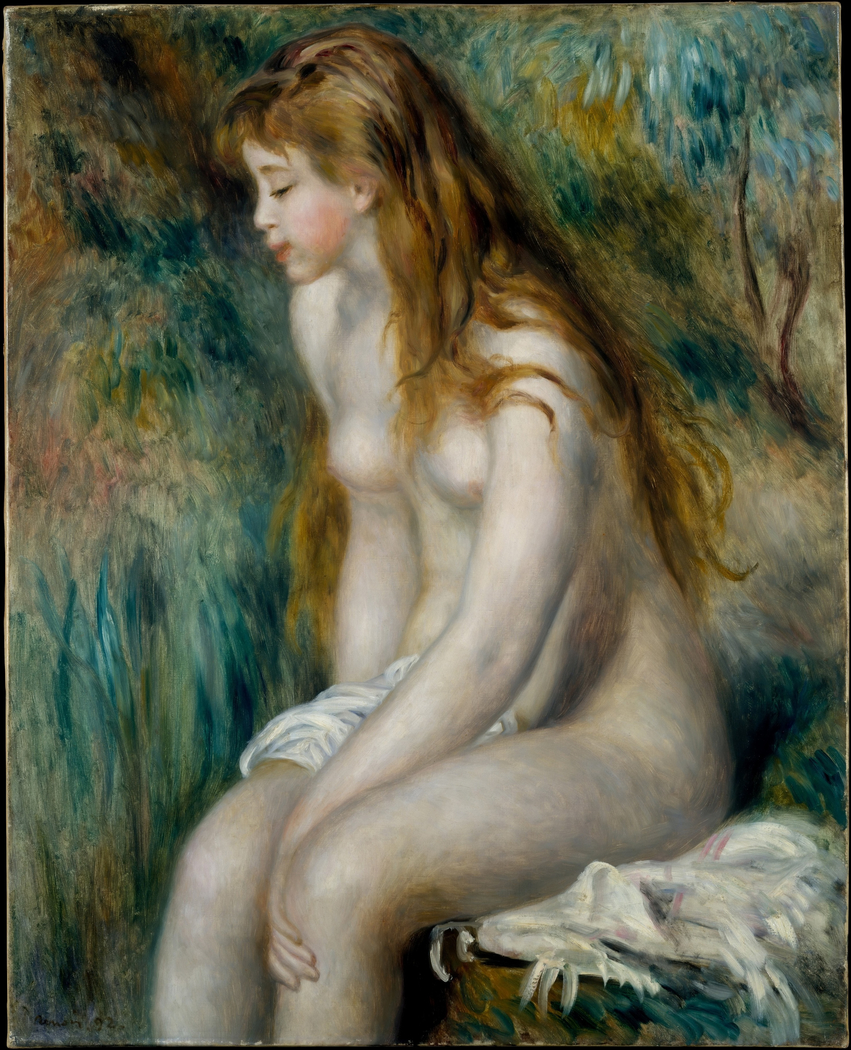 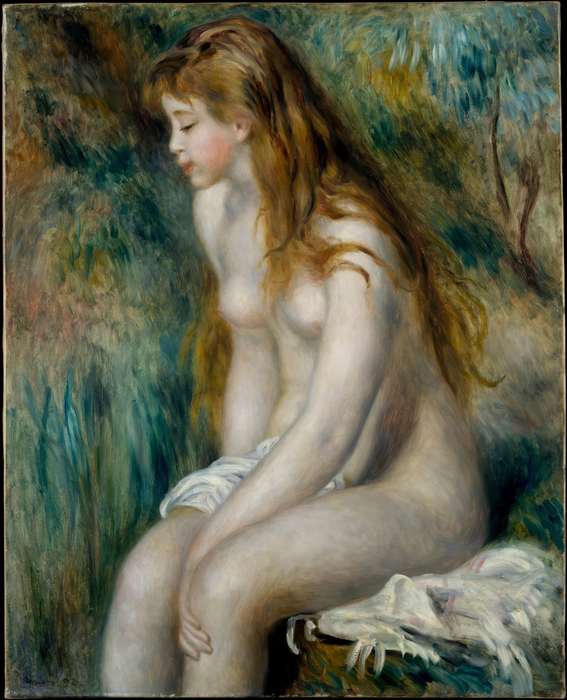 Pierre Auguste Renoir painted a great many canvases of single bathers in outdoor settings, timeless studies of fulsome young women. In the Lehman painting, his model averts her glance, seated in shy three-quarter profile. Innocent yet sensual, this charming nude would have pleased Renoir's audience in the later nineteenth century. The picture is thinly painted, its brushwork soft and supple. Renoir probably posed his model in the studio, since the rapidly brushed landscape background is far more imaginary than real. Claude Monet first owned this painting, and remarked to a friend that while the nude was beautiful, the landscape was conventional. Renoir clearly concentrates his brush on the undulating physiognomy of his innocent auburn-haired model.