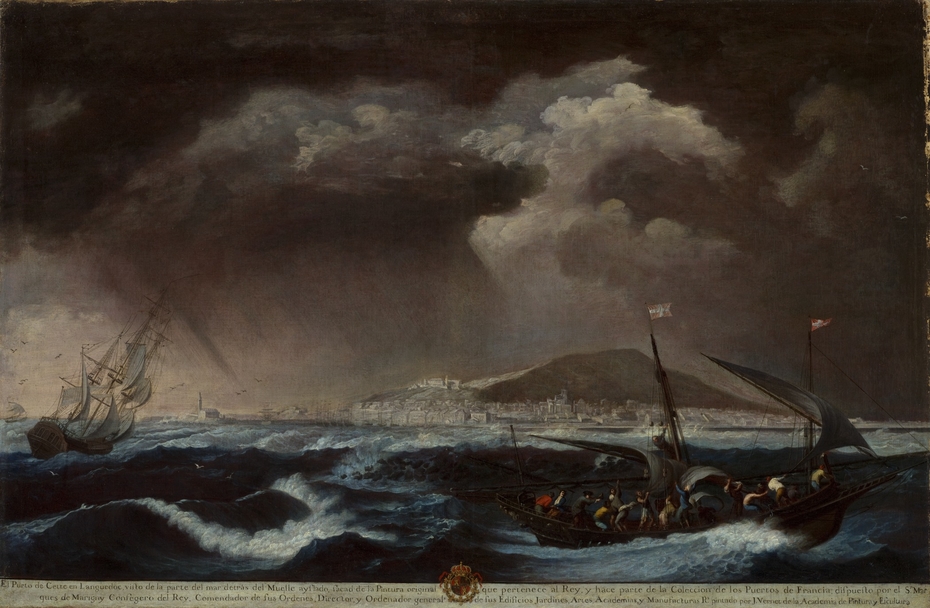 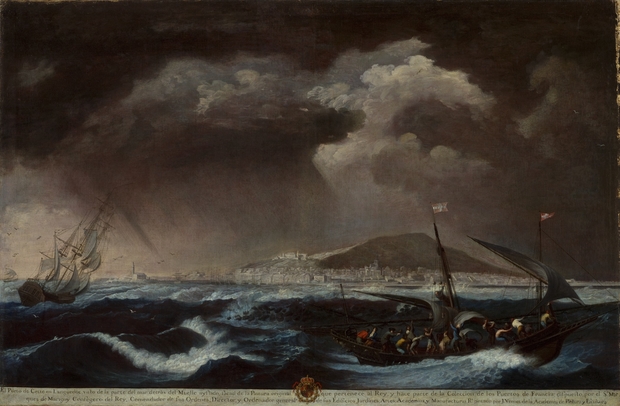 View of the Port of Sète (El puerto de Sète)

1771
This work by Juan Patricio Morlete Ruiz was based on engravings of the original series of paintings, Ports de France, by the French artist Claude-Joseph Vernet (1714–1789). Vernet's series comprised fifteen paintings, which were completed between 1753 and 1765. Commissioned for Louis XV of France by Abel-François Poisson (1727–1781), marquis de Marigny and brother of Madame de Pompadour, the series enjoyed immediate success and was disseminated widely through prints. The paintings by Morlete Ruiz bear the royal Spanish coat of arms, and it is likely they were commissioned by viceroy Antonio María de Bucareli y Ursúa (r. 1771–1779).