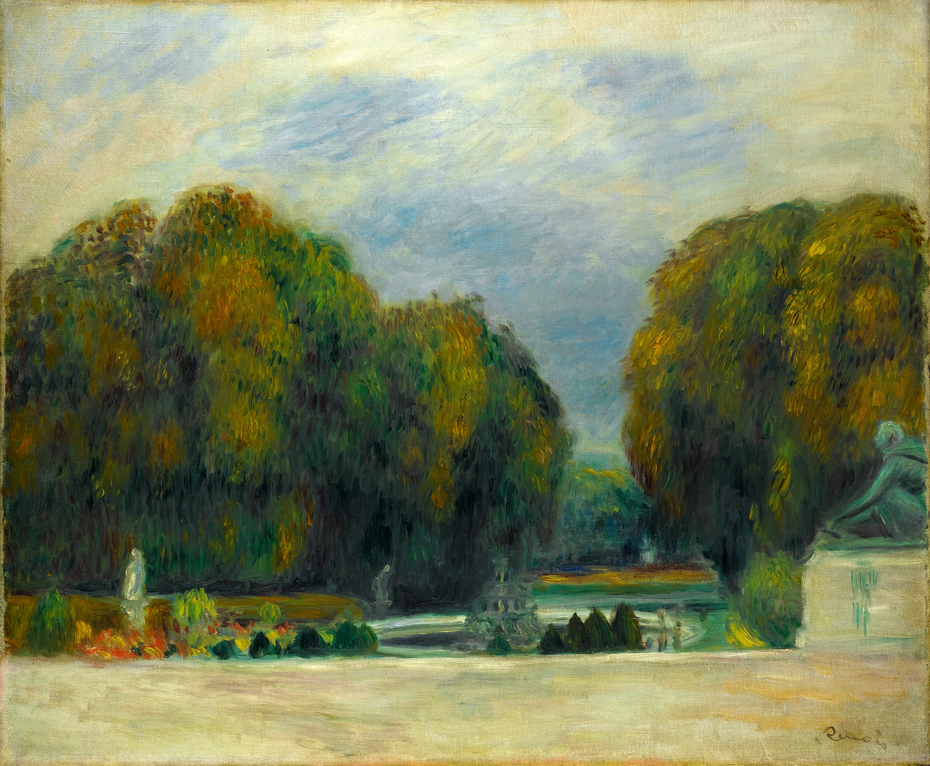 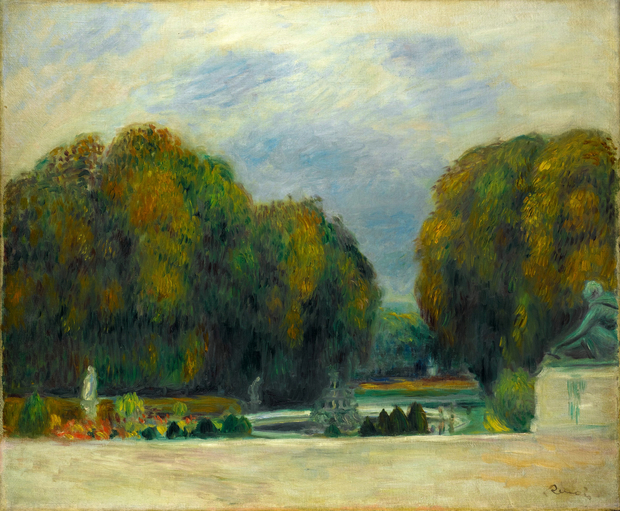 1900 - 1905
Renouncing the informal approach of Impressionist painters during his later career, Renoir returned to more traditionally inspired motifs. This autumn landscape shows a view of the courtyard on the north side of the chateau of Versailles. Chestnut trees line the allée and are painted softly with detached brushwork in vibrant colors of the season. Sculpture is prominently featured in this painting, and indeed Renoir’s interest in sculpture becomes apparent as he later visits the medium for the first time. In his last years, he sculpts several monumental figures with the help of Richard Guino, the assistant to the established French sculptor, Aristide Maillol.

The date for this landscape is not certain, though it is likely that Renoir painted it between 1900 and 1905 when he is said to have rented a house in nearby Saint-Cloud for a summer. (Source: The Metropolitan Museum of Art)

License:
Courtesy of The Metropolitan Museum of Art
For more:
https://www.metmuseum.org/art/collection/search/459113