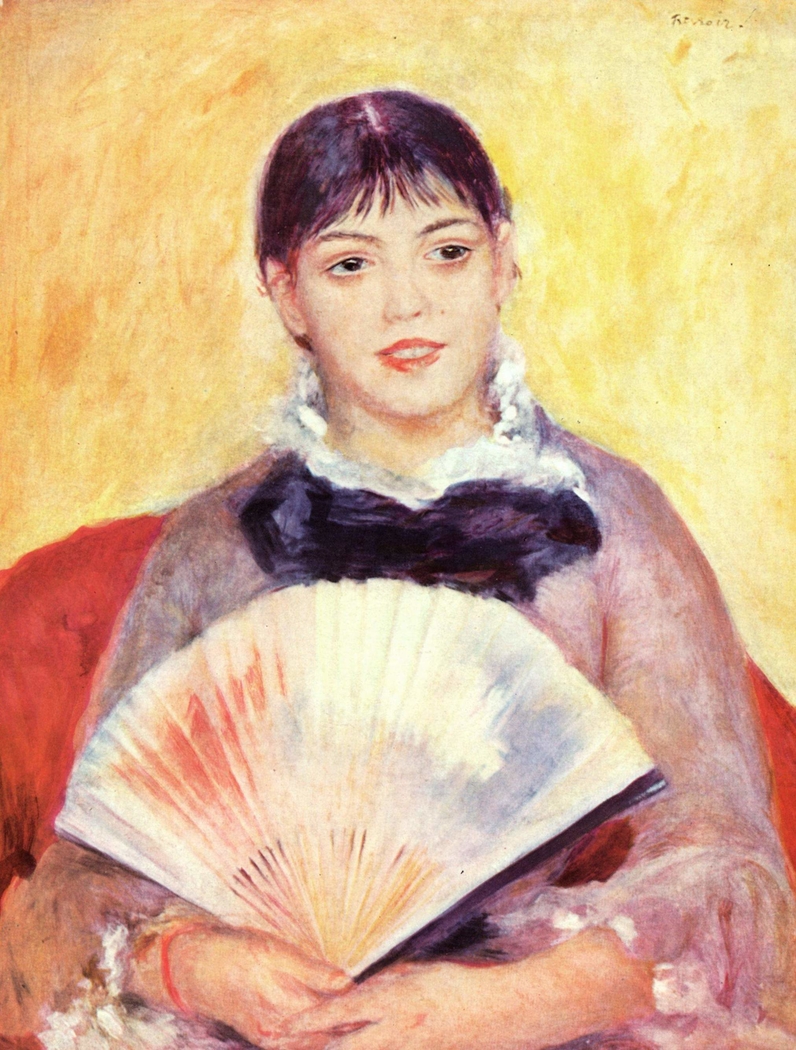 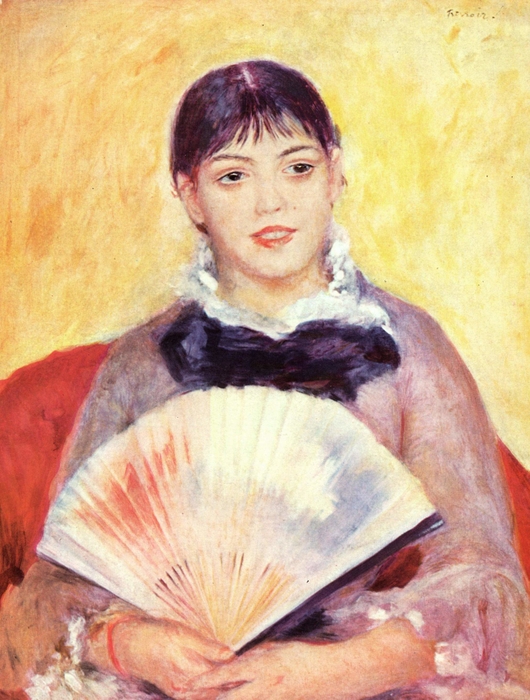 Girl with a Fan

One result of the Impressionist's approach to painting was that in placing an emphasis on capturing "impressions" they had no need for subjects that reflected status or importance. They might choose a simple landscape with an ordinary haystack, or, as here, take an ordinary Parisian girl as the subject for a portrait. Renoir often painted such girls, with their unaffected femininity and natural poses. The girl holding the fan is in fact Alphonsine Fournaise, who posed for Renoir on many occasions. She was the daughter of the owner of the La Grenouillere bar, which Renoir also painted. There she was known as "la belle Alphonsine", although her beauty lay not in classically arranged features but in the charm of youth, the vivid colours of her face, the shine of her eyes, just those qualities which Renoir always sought in his subjects. Thus the face is painted more smoothly, and here we can pick out details, while the hands, dress, even the fan are only roughly depicted.