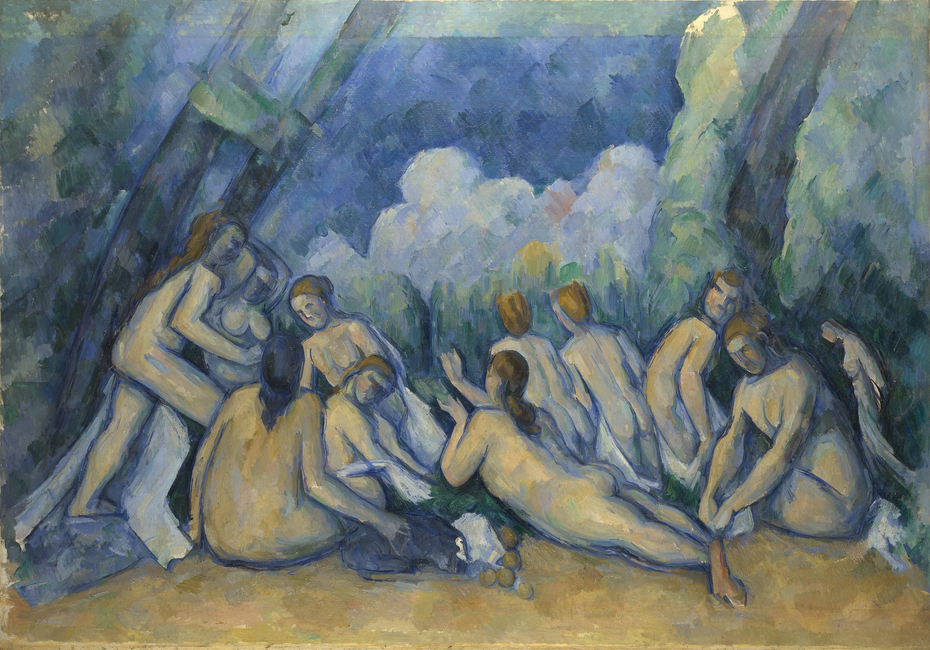 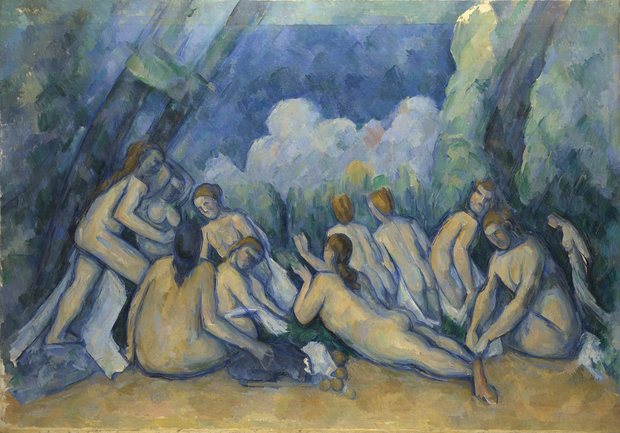 1894
Around 200 of Cézanne’s works depict male and female nude bathers, either singly or in groups, in a landscape. This large painting is one of three pictures of female bathers that Cézanne worked on during the final decade of his life. They represent the culmination of his lifelong investigation of this subject and the climax of his entire career, and were hugely influential on early twentieth-century art.

The subject of women relaxing in a woodland glade beneath an azure sky draws on a classical tradition of pastoral scenes of nude or semi-nude figures in an idealised landscape. More particularly, it recalls pictures of bathing nymphs and goddesses, especially the mythological scenes of Venetian Renaissance art. However, Cézanne’s painting has no clear narrative or literary source. The composition, which echoes the pyramidal base of a mountain, as well as the use of colour, serves to integrate the women with the landscape. Cézanne’s last paintings might perhaps be seen as his final celebration of nature and our union with it.

License:
Courtesy of The National Gallery, London
For more:
https://www.nationalgallery.org.uk/paintings/paul-cezanne-b…