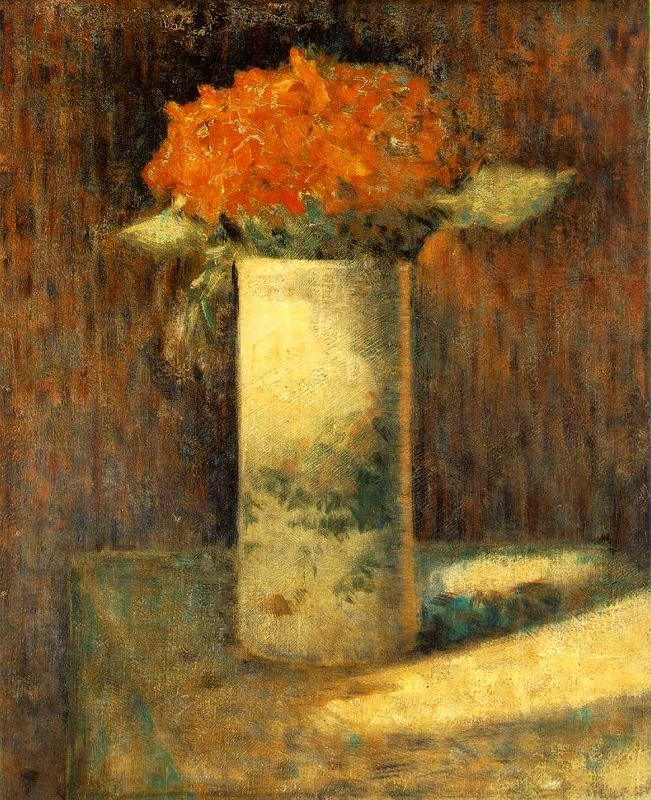 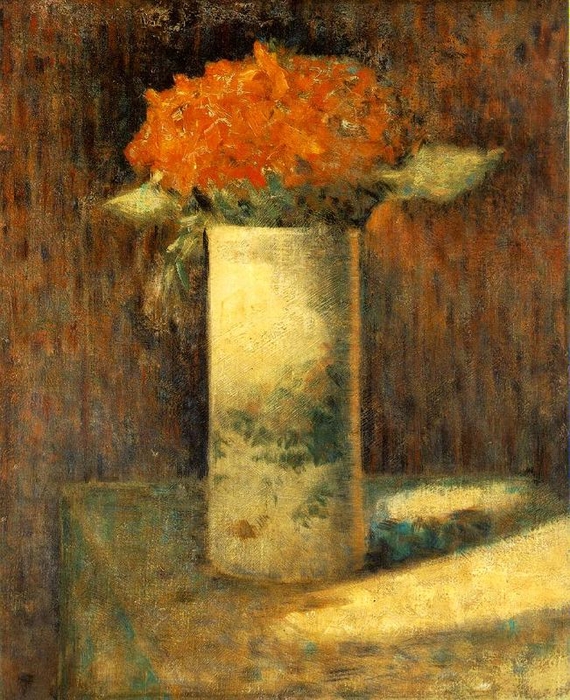 This is the only still life Seurat is known to have painted, and it is a rare surviving example of his early work, as it is believed that the artist destroyed most of those canvases. In its subject and predominant use of red pigments, it aligns with French academic trends of the 1870s, particularly artists’ interest in flower painting and in the late work of the romantic painter Eugène Delacroix. Nevertheless, several aspects of the painting hint at the development of Seurat’s signature style, known as pointillism, in which he juxtaposed small dabs of contrasting pure colors. The vertical strokes of repeated colors covering the background represent a technique Seurat experimented with in other work from this period. The crisscrossing patchwork of blue and brown brushstrokes in the shadow cast by the vase onto the tablecloth approximates the technique he would cultivate in his later oil sketches, like the example hanging nearby.