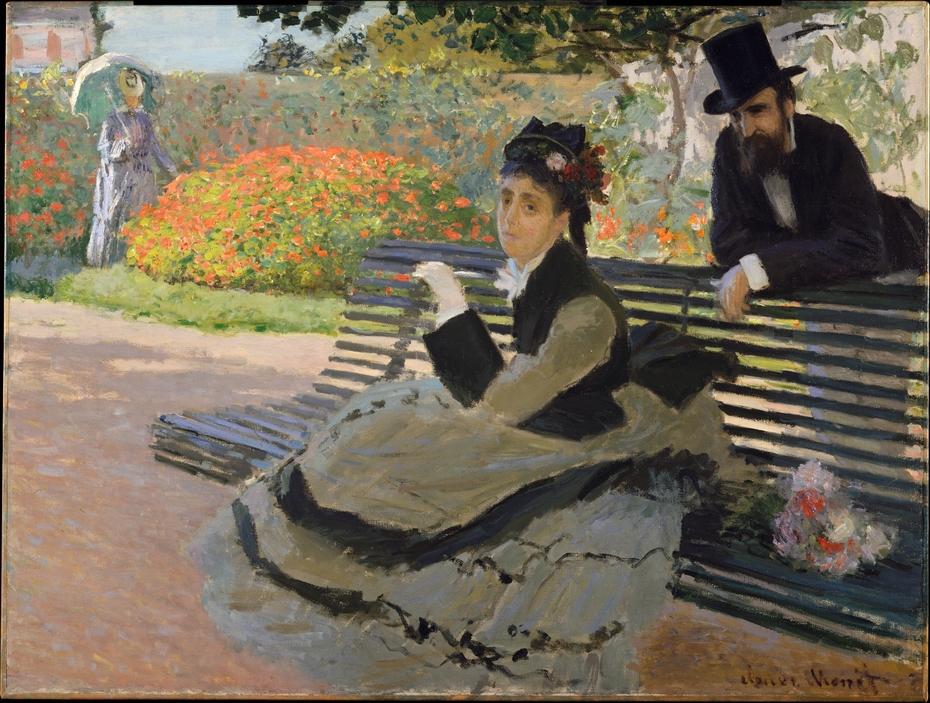 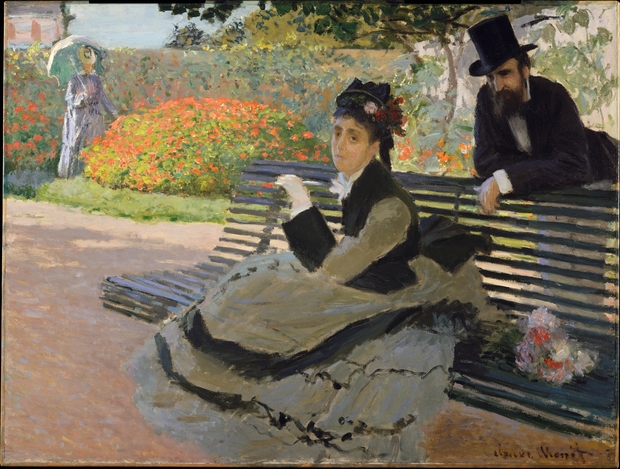 Camille Monet on a Garden Bench

1873
Monet’s wife, Camille Doncieux, is as easily identifiable here as the mounds of geraniums in the garden of the couple’s house at Argenteuil. The same is true of her smart ensemble: the velvet and damask outfit closely resembles the look for spring 1873, as advertised in the March issue of the fashion periodical La Mode Illustré. Less clear is the nature of this enigmatic scene. Painted the year Camille’s father died, she telegraphs sadness while holding a note in her gloved hand. The tophatted gentleman, later identified as a neighbor, has perhaps called to offer his condolences and a consoling bouquet. (Source: The Metropolitan Museum of Art)