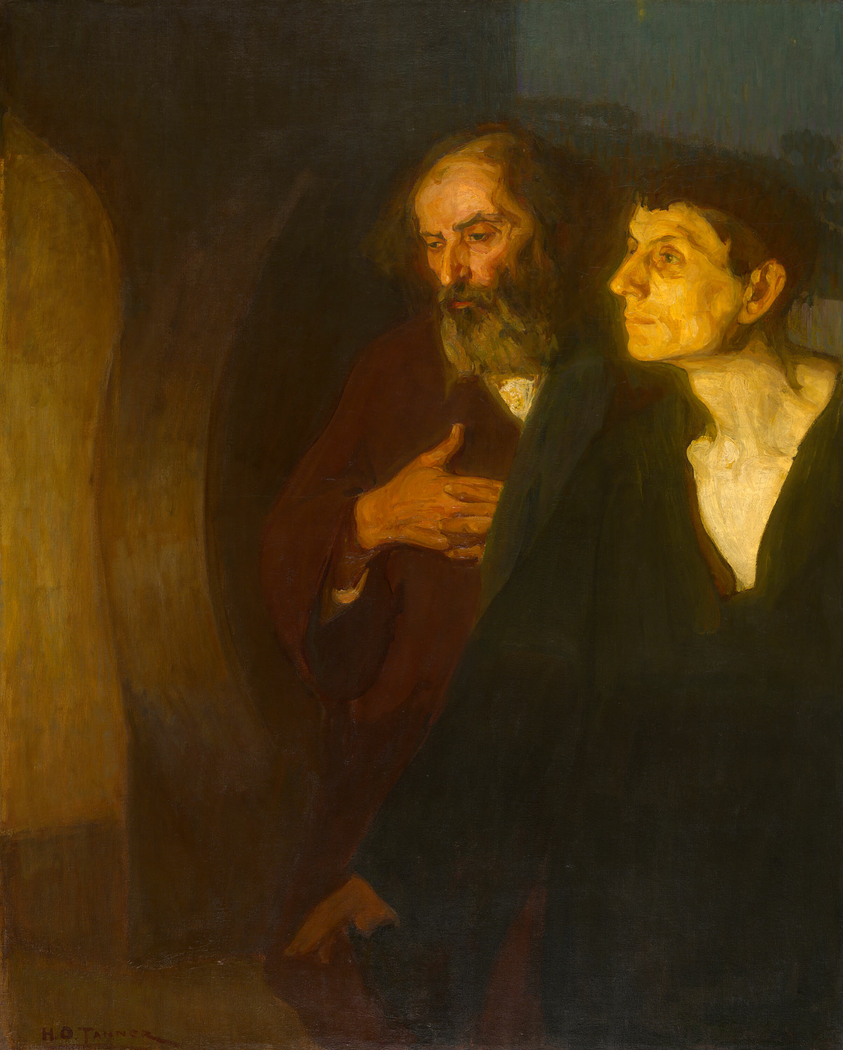 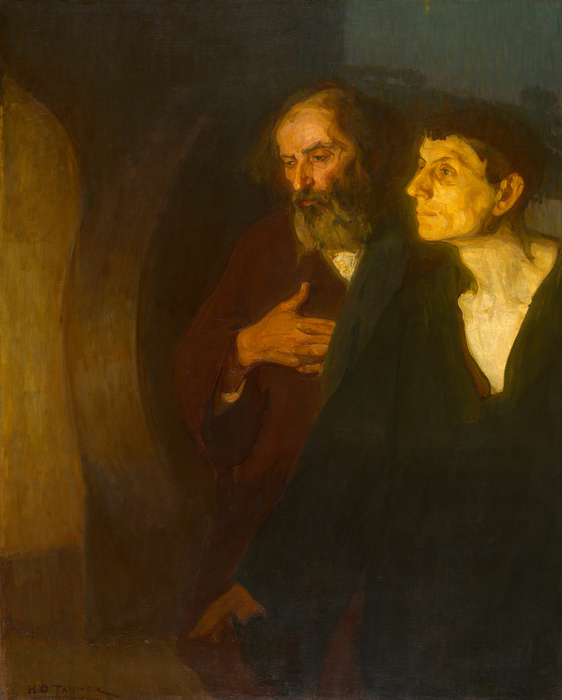 Two Disciples at the Tomb

1906
The Art Institute acquired The Two Disciples at the Tomb in 1906 after the canvas was declared “the most impressive and distinguished work of the season” at the museum’s annual exhibition of American painting and sculpture. At that time, Henry Ossawa Tanner was at the height of his reputation, enjoying international fame and winning prizes on both sides of the Atlantic. The son of an African American bishop, Tanner was raised in Philadelphia, where he studied with Thomas Eakins before working as an artist and photographer in Atlanta. Repelled by the racial prejudice he encountered in the United States, he chose to spend nearly all of his adult life in France.

Tanner’s early subjects included many scenes of African American life, but later he specialized in religious paintings. The Two Disciples at the Tomb is one of the most concentrated and austere of these works. The somber spirituality of the moment when two of Jesus’s followers realize that he has risen from the dead is conveyed by Tanner’s use of dark tones and compressed space and his avoidance of superfluous detail. Although the artist painted in a relatively conservative representational manner throughout his life, the sinuous lines and simplified, harsh modeling here suggest his awareness of Art Nouveau and Expressionist currents in contemporary European painting. Likewise, his emphasis on psychological rather than physical experience has many parallels in advanced art of the same period, including Pablo Picasso’s early work, such as The Old Guitarist, painted two years earlier. (Source: Art Institute of Chicago)