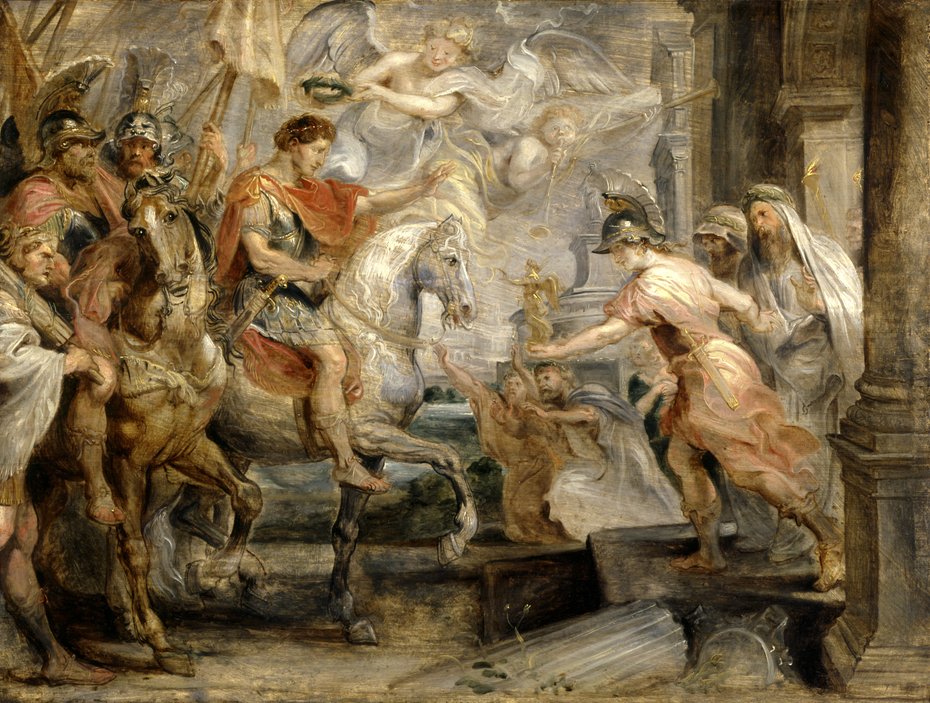 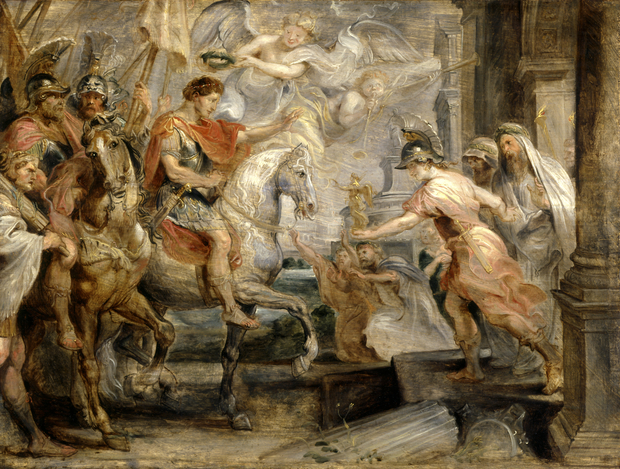 Triumphant Entry of Constantine into Rome

1621
This is one of twelve oil sketches by Rubens for a cycle of tapestries depicting the life of Constantine the Great, the first Roman emperor to convert to Christianity. The sketch represents the triumphal entry of Constantine into Rome after his victory over Maxentius left him sole ruler of the Western Roman Empire. Rubens's knowledge of the art of antiquity is apparent in his relief-like presentation of the triumphant emperor, which is probably inspired by a scene on the Arch of Constantine. [source]

Size:
19 x 25-1/2 in
Medium:
Oil on panel
License:
Public Domain, Courtesy of the Indianapolis Museum of Art
For more:
http://collection.imamuseum.org/artwork/79267/