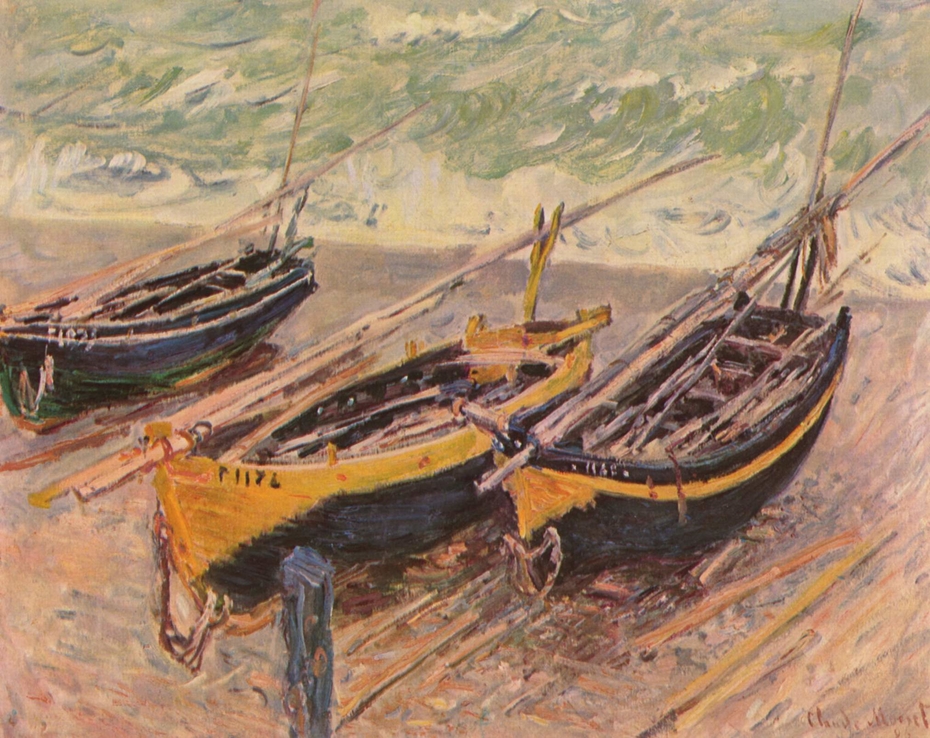 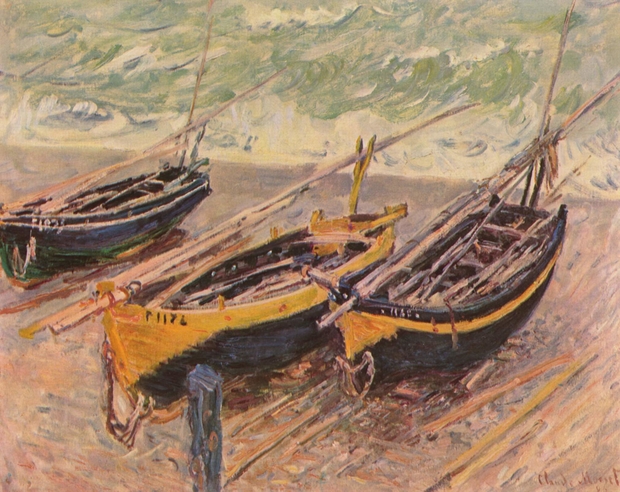 1885
Claude Monet was perhaps the most respected member of the group of Impressionists. At various phases of his life he often spent time on the Normandy coast, which was one of his favourite subjects. One such fondly frequented place was Étretat, a small fishing village and weekend resort close to Le Havre. He regularly painted on the shore, and with a lust for adventure set about discovering an almost unapproachable stretch of coast to the west. Even in the harshest of circumstances he would be outside, capturing the landscape, the movement of ships, or perhaps the herring fishing boats pulled up onto the pebbly beach. We see these latter slightly from above, and this bold view narrows the space, rendering the composition tenser. For Monet the key issue was to suggest the frothy waves of the sea and the currents of air, for which he uses broad, bouyant brushtrokes. Monet's coastal paintings mostly depict deserted, unpeopled places, and there is nothing to show that at the time Étretat was a popular resort. He was interested not in anecdotal episodes, but in effects of form and colour. The writer Guy de Maupassant, who at the time was also staying in Étretat and often met Monet, described his friend's working method, as he took five or six canvases with him which he swapped around according to the changing light. When Monet returned home to Giverny in December, he took with him more than fifty half-finished works, which he later finished in his studio.