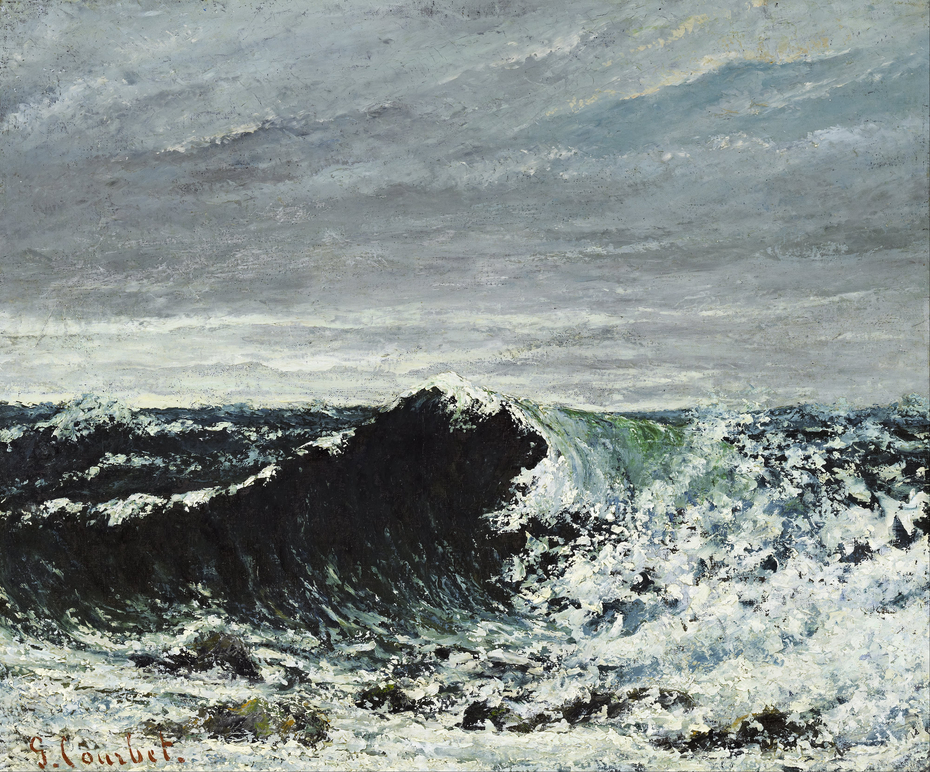 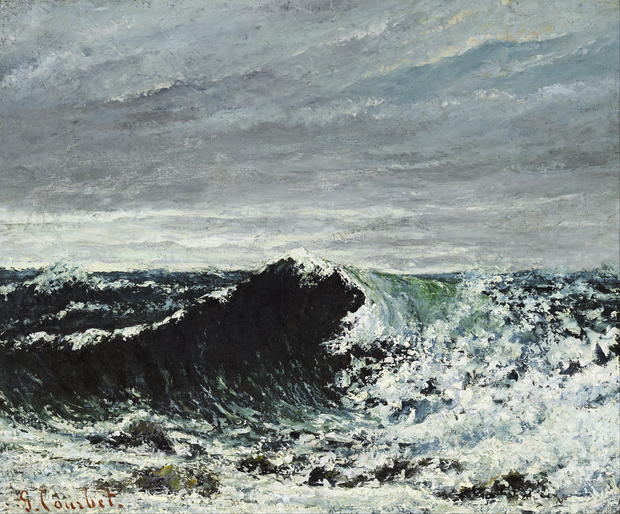 1869
Courbet was fascinated by the power of the sea. He spent the summer of 1869 at Etretat on the Normandy coast and painted several pictures of waves breaking on the shore. The small scale of his canvas did not inhibit his ability to convey the vast expanse of stormy sky and sea. Courbet applied paint thickly using vigorous brush and palette knife strokes which complement the forceful surge of the wave. The motif of the single wave was inspired by Japanese colour prints which were widely available in Paris in the 1860s.