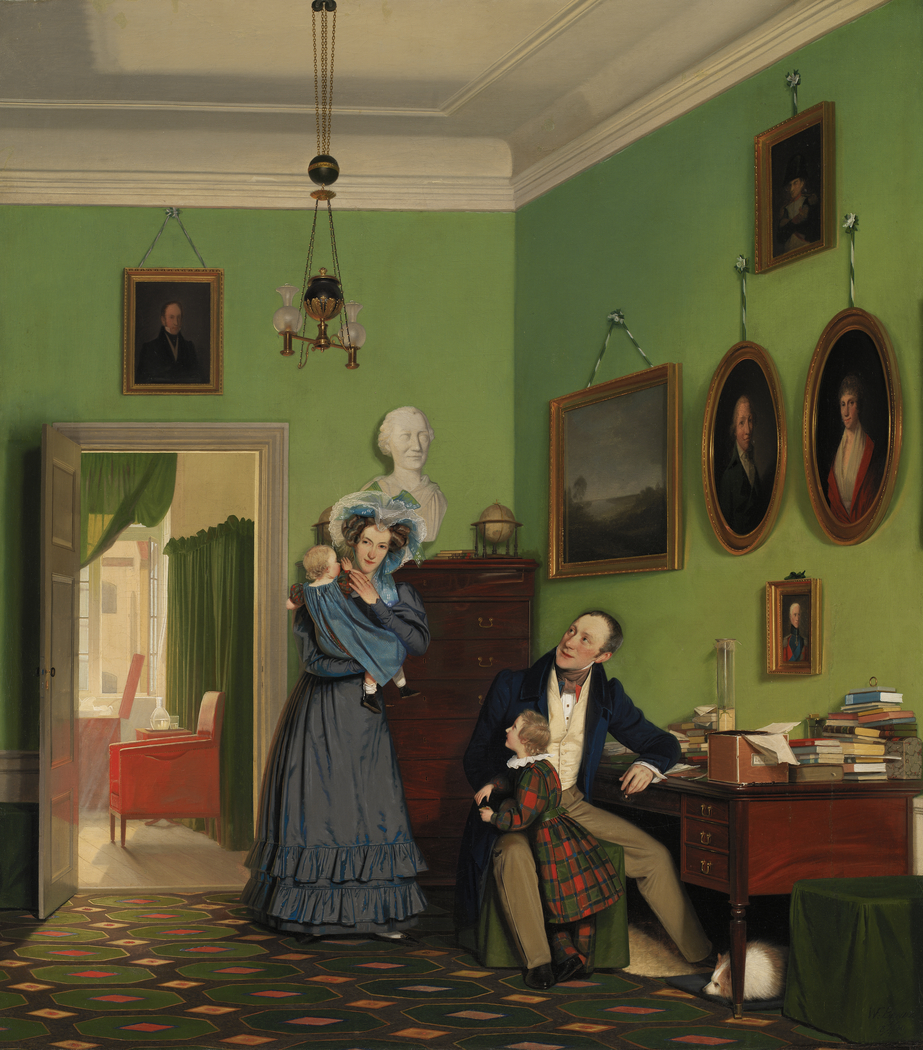 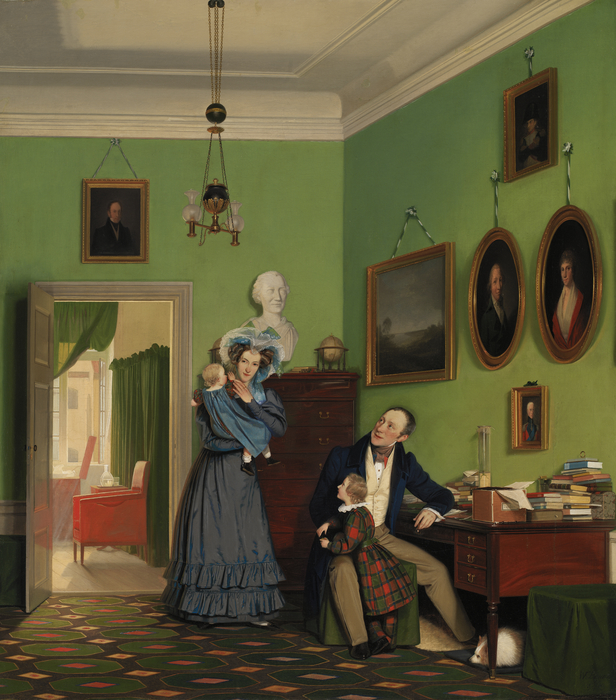 1830
The busy businessman looks up briefly from his work when his wife and two of the couple’s children enter his office within the family’s home on Store Strandstræde in Copenhagen.

The Danish middle class
With its clear demonstration of the pressures of work handled by the head of the family, the picture illustrates the fundamental values for the Danish middle classes circa 1830: Family and work. The home is sparingly furnished with no unnecessary ornamentation, reflecting the thriftiness prevalent in Denmark during the hard years that followed the Napoleonic wars.

Christian Waagepetersen
The head of the family shown in the picture is the wine merchant Christian Waagepetersen, one of the men who clearly marked that the middle classes had become the dominant group within Danish society after the aristocracy’s centuries of dominance.Waagepetersen was keenly interested in art and music. He frequently threw musical soirees in his home, where the leading Danish composers and musicians attended alongside painters and sculptors.

Waagepetersen also commissioned several pictures addressing themes from his own life and work like this piece.﻿

License:
Courtesy of the National Gallery of Denmark
For more:
http://www.smk.dk/en/explore-the-art/highlights/wilhelm-ben…