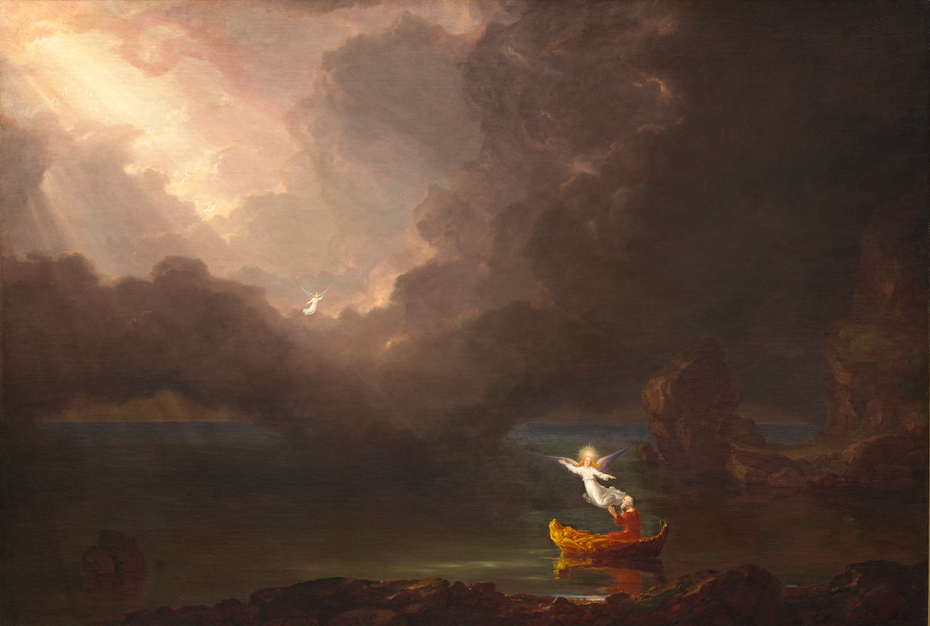 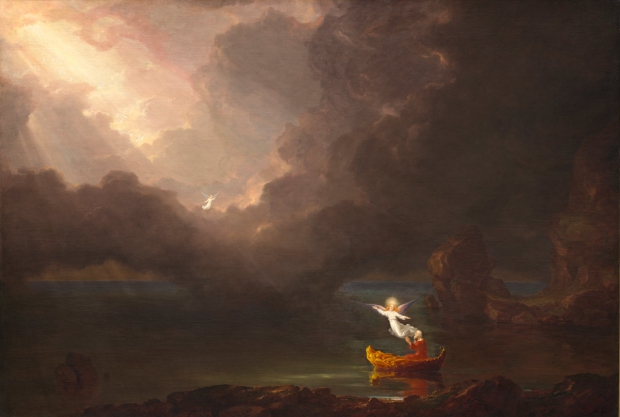 The Voyage of Life: Old Age

1842
Cole's renowned four-part series traces the journey of an archetypal hero along the "River of Life." Confidently assuming control of his destiny and oblivious to the dangers that await him, the voyager boldly strives to reach an aerial castle, emblematic of the daydreams of "Youth" and its aspirations for glory and fame. As the traveler approaches his goal, the ever-more-turbulent stream deviates from its course and relentlessly carries him toward the next picture in the series, where nature's fury, evil demons, and self-doubt will threaten his very existence. Only prayer, Cole suggests, can save the voyager from a dark and tragic fate.

From the innocence of childhood, to the flush of youthful overconfidence, through the trials and tribulations of middle age, to the hero's triumphant salvation, The Voyage of Life seems intrinsically linked to the Christian doctrine of death and resurrection. Cole's intrepid voyager also may be read as a personification of America, itself at an adolescent stage of development. The artist may have been issuing a dire warning to those caught up in the feverish quest for Manifest Destiny: that unbridled westward expansion and industrialization would have tragic consequences for both man and nature.