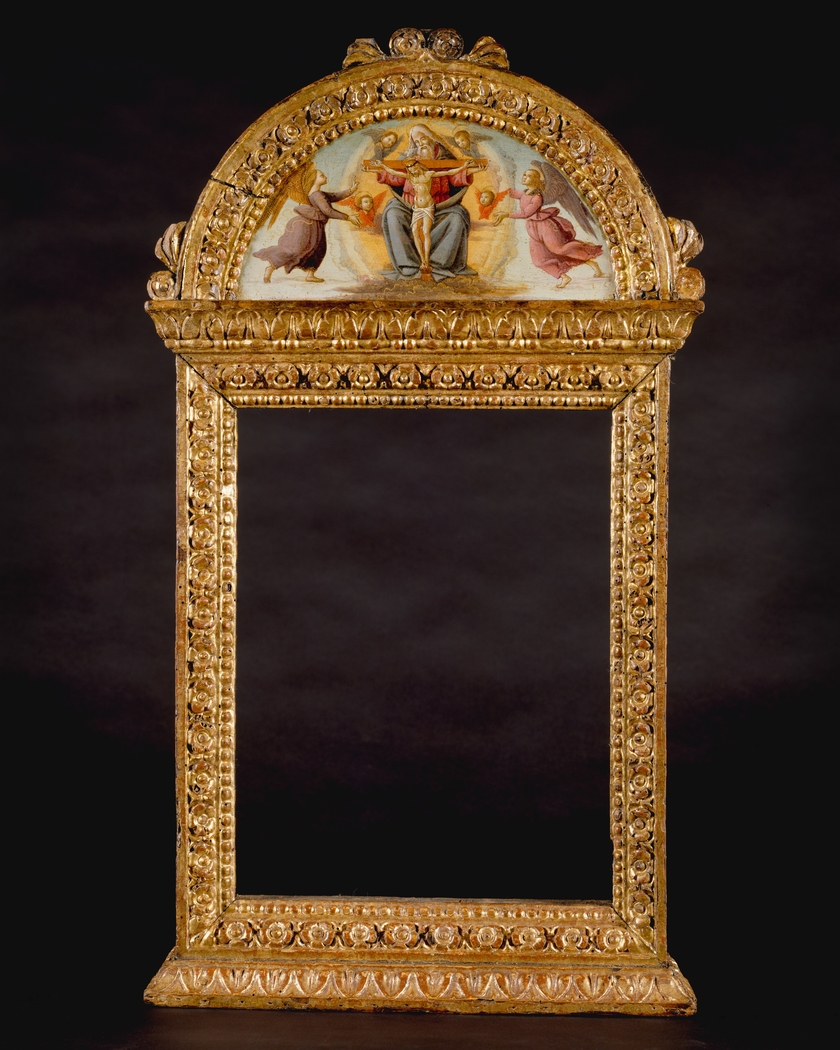 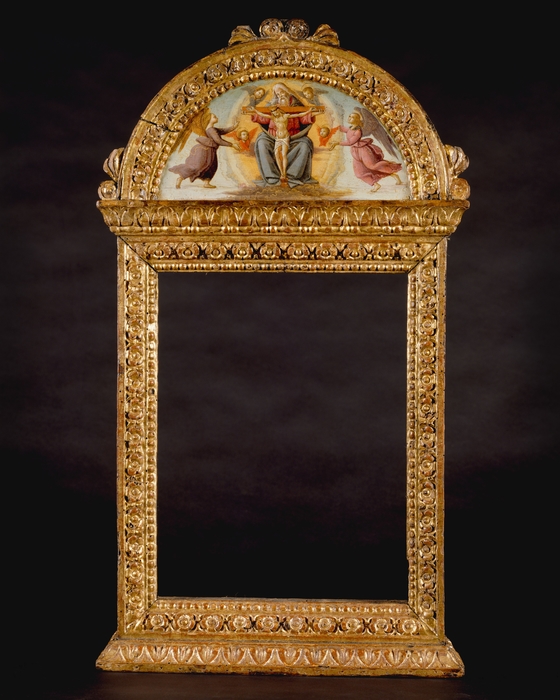 The subject of the picture is taken from Eusebius's De Morte Hieronymi ad Damasum. Saint Jerome is shown in his cell near Bethlehem, supported by his brethren. Above the bed are two juniper branches, palms, a crucifix, and Jerome's cardinal's hat. The picture was painted for the Florentine wool merchant, Francesco del Pugliese, who described it in a will of 1502. Although pictures of Saint Jerome in his study, surrounded by ancient texts, were popular among Humanists, the subject of the present picture, with its devotional character, is shown less frequently and may be related to the fact that Pugliese, like Botticelli's brother, was a supporter of Savonarola. The painting dates from the early 1490s.

The exceptionally fine frame on this picture has a painted lunette by Bartolomeo di Giovanni (active 1480, died 1501), who not only collaborated with Botticelli on at least one occasion but copied this picture. The frame may have been made for one of these copies.

Notes:
The painting in the lunette of the Trinity flanked by angels has been attributed by Everett Fahy to Bartolomeo di Giovanni. It is probable that the frame was carved in the workshop of Giuliano da Majano; it should be compared to the frame of a terracotta relief in the Victoria and Albert Museum, London (see John Pope-Hennessy, Catalogue of Italian Sculpture in the Victoria and Albert Museum, London, 1964, vol. 1, pp. 161–62, cat. no. 136, fig. 158). The frame encloses Botticelli's Last Communion of Saint Jerome (14.40.642).
(Source: Metropolitan Museum of Art)

License:
Courtesy of the Metropolitan Museum of Art
For more:
https://www.metmuseum.org/art/collection/search/435618