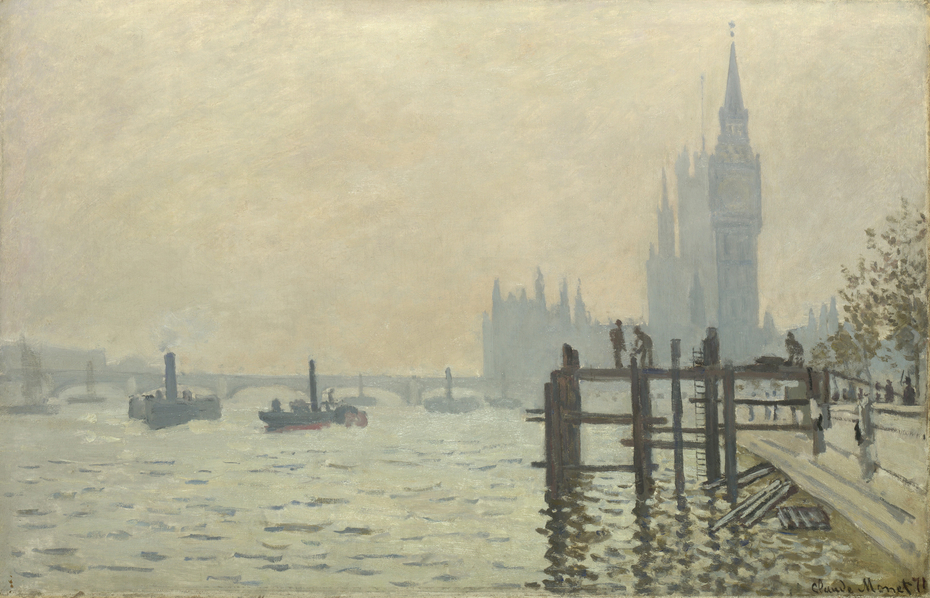 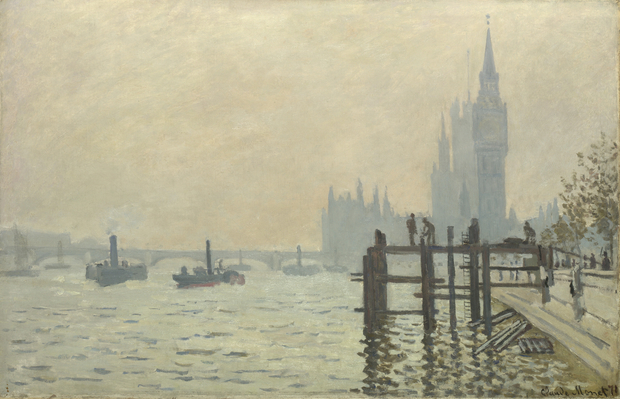 The Thames below Westminster

1871
This is one of the works produced by Monet when, like Pissarro and Daubigny, he moved to London during the Franco-Prussian War (1870-1). Pissarro worked mainly in south London, while Monet painted the parks of central London and the River Thames. Here he shows the misty atmosphere of the capital on a spring day, with the Houses of Parliament and Westminster Bridge in the background. They are contrasted with the jetty in the foreground casting broken shadows on the river, and the new foliage of the trees on the Embankment to the right. Daubigny's 1873 painting, 'St Paul's from the Surrey Side', conveys a similar impression of the Thames, but puts more emphasis on the industrial nature of the river.