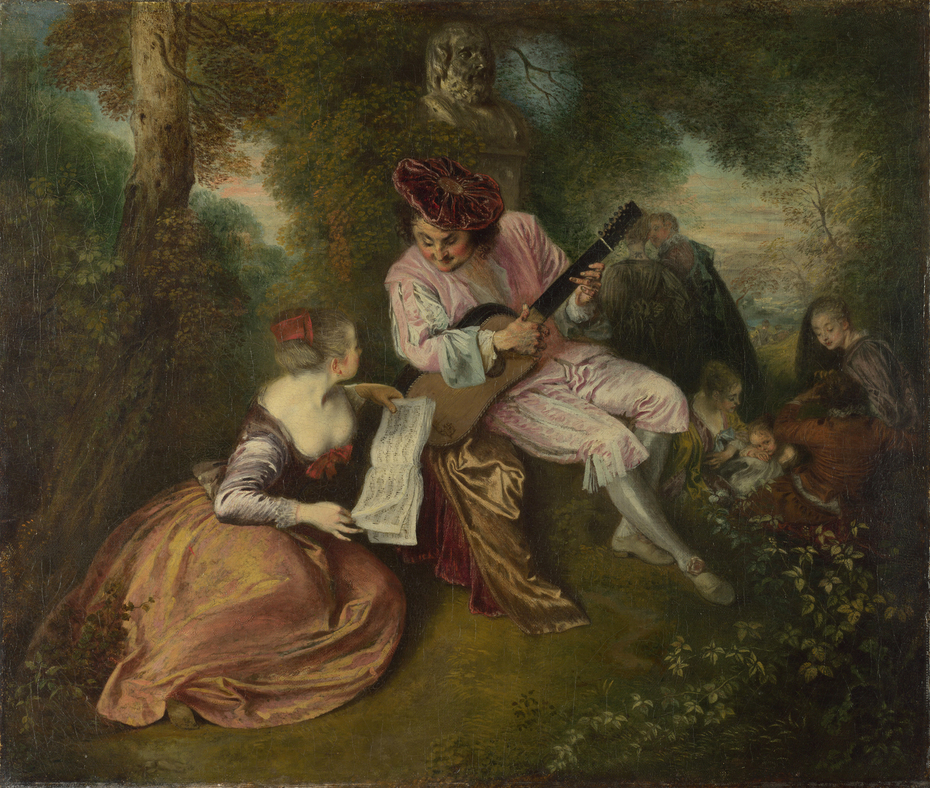 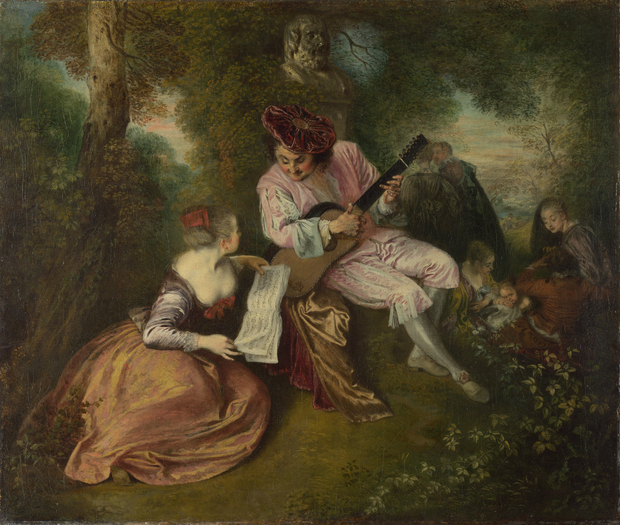 The Scale of Love

8 - 1717
This picture is a fine example of Watteau’s work on an intimate scale. The title The Scale of Love (La Gamme d’Amour) comes from a print of it made several years after his death. It may be a reference to the musical scale, to the various stages of flirting and seduction, or to the music which facilitates these. The word gamme had other secondary meanings, such as knowledge, ability and custom, perhaps reinforcing the notion here of love or seduction as a skill. The sculpted bust is possibly Pythagoras, who is credited with discovering a musical scale based upon a mathematical ratio.

Watteau may have chosen the man’s fantasy theatrical costume to poetically distance the scene from his own time. The painting shows his skill in composition and as a colourist, with its warm harmonies of pink, red and russet brown.

License:
Courtesy of The National Gallery, London
For more:
https://www.nationalgallery.org.uk/paintings/jean-antoine-w…