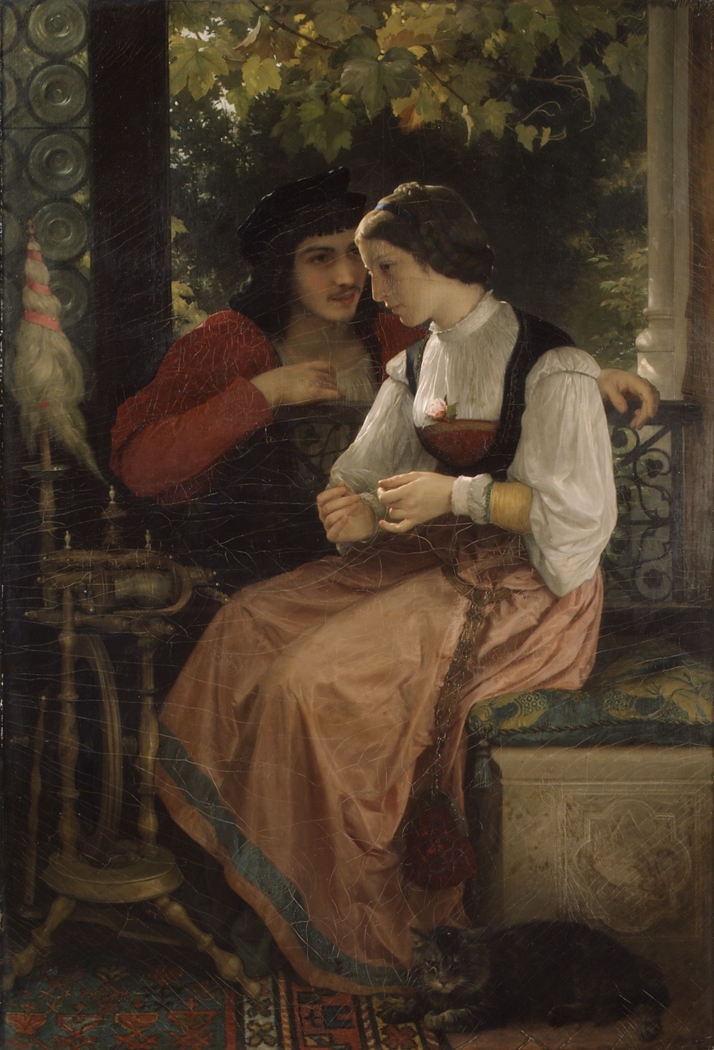 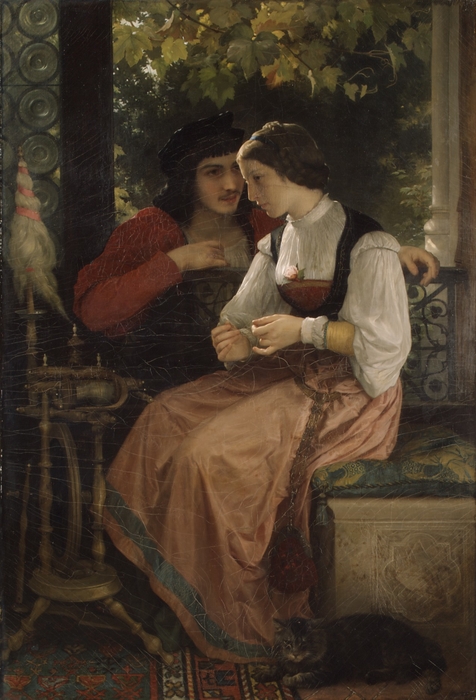 1872
In the first catalogue of Bouguereau's work, published in 1885, this work is entitled Seduction. It has also been known as The Persuasion of Marguerite and Faust and Marguerite, a subject that was frequently depicted in the nineteenth century. However, any connection between the painting and Goethe's dramatic poem is purely speculative and must have resulted from the vaguely sixteenth-century German appearance of the setting and costumes. (Source: The Metropolitan Museum of Art)

License:
Courtesy of the Metropolitan Museum of Art
For more:
https://www.metmuseum.org/art/collection/search/435753