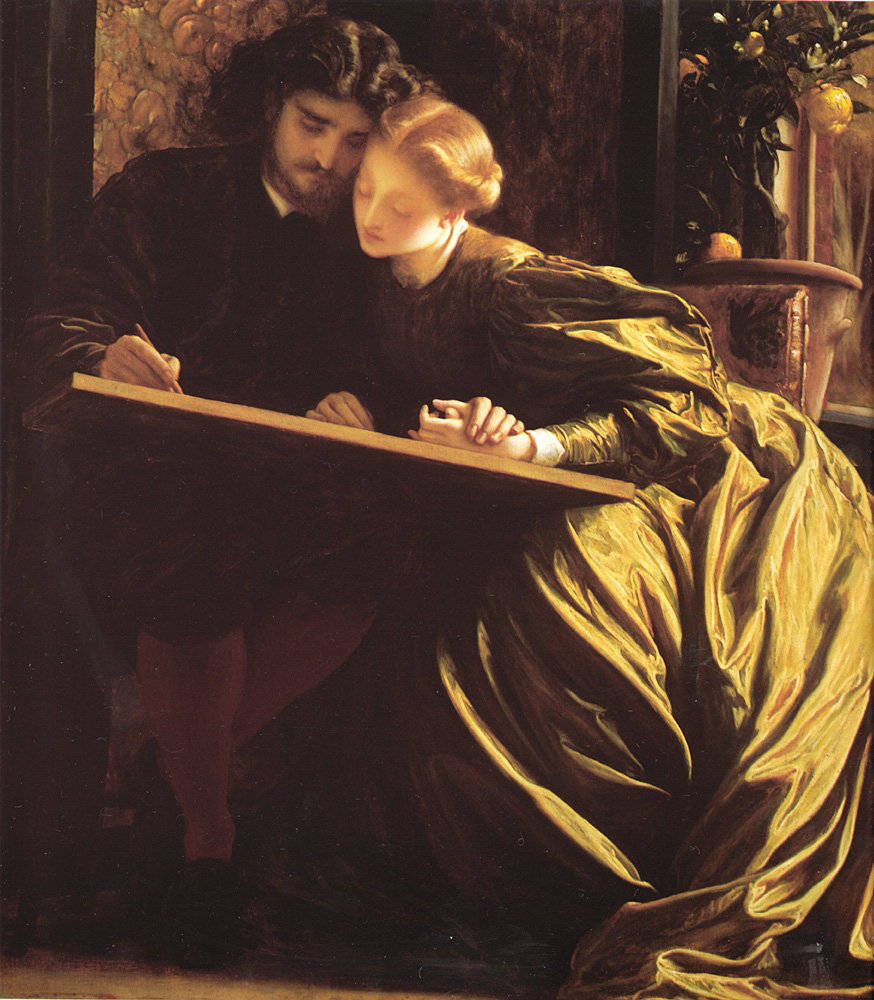 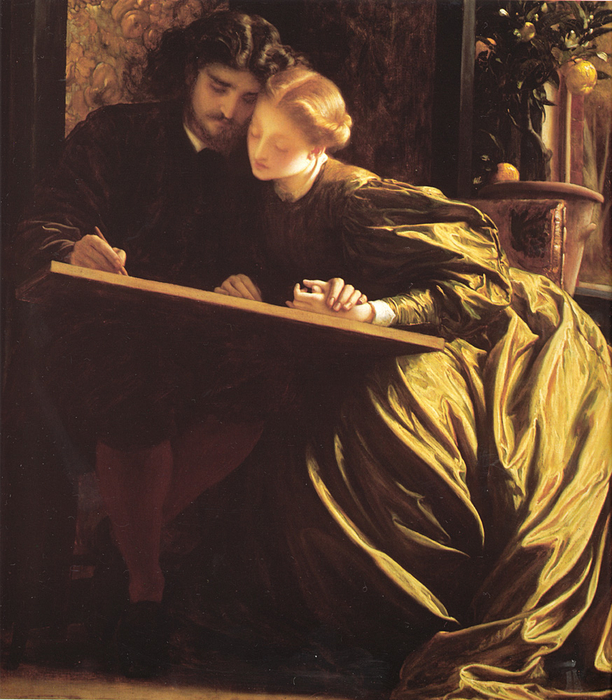 1864
Love is equated with art in this romantic image which – in its evocation of the past and its precise, controlled style – epitomizes officially sanctioned academic practice in the late nineteenth century.

Leighton, who was elected president of the Royal Academy in London in 1879, spent many years studying in Germany, France, and Italy. The composition and glowing color of Painter’s Honeymoon reflect the influence of such sixteenth-century Venetian painters as Giorgione and Titian. [source]