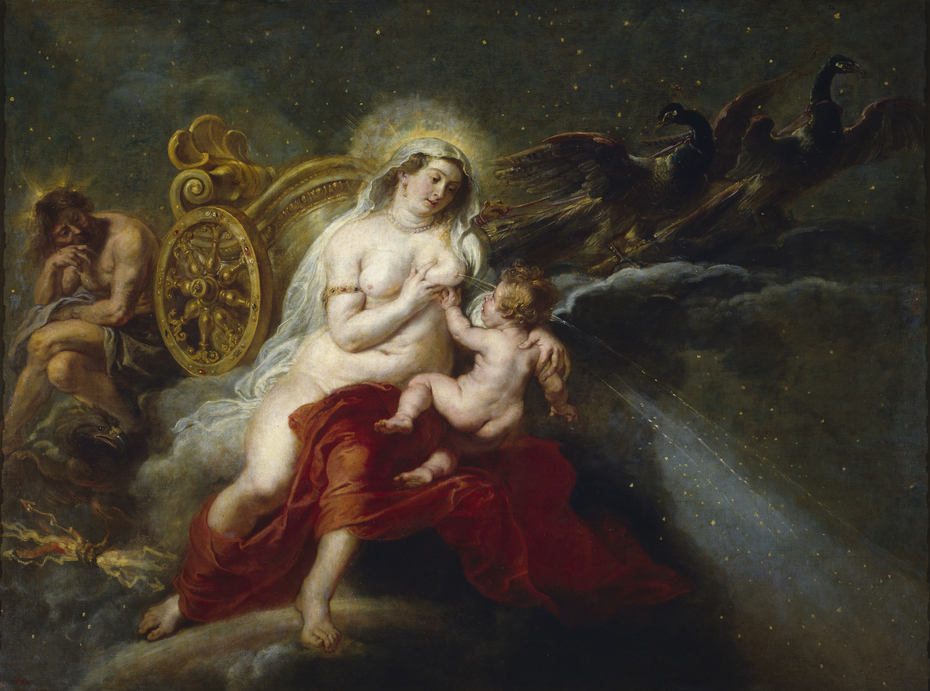 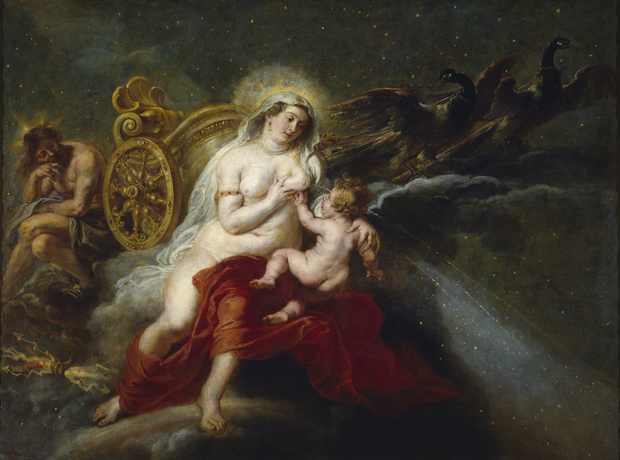 The Origin of the Milky Way

1636 - 1638
Hercules was born from one of Jupiter´s affairs with a mortal. Though loved and protected by his father, he was repudiated by the latter´s wife, Juno. In order to insure his son´s immortality, Jupiter placed him in the goddess´s arms so that he could suckle while she was sleeping next to her chariot pulled by peacocks. When, in his enthusiasm, Hercules bites her, Juno awakens and brusquely pulls him away from her. The milk spilling out of her breast turned into the Milky Way. On the left, Jupiter looks on. He is identified by his eagle and lightening bolts. Rubens based this painting for the Torre de la Parada —a small royal palace near Madrid— on a work by Titian (Ca. 1485 - 1576), though the goddess´s face is that of his wife, Hélène Fourment.