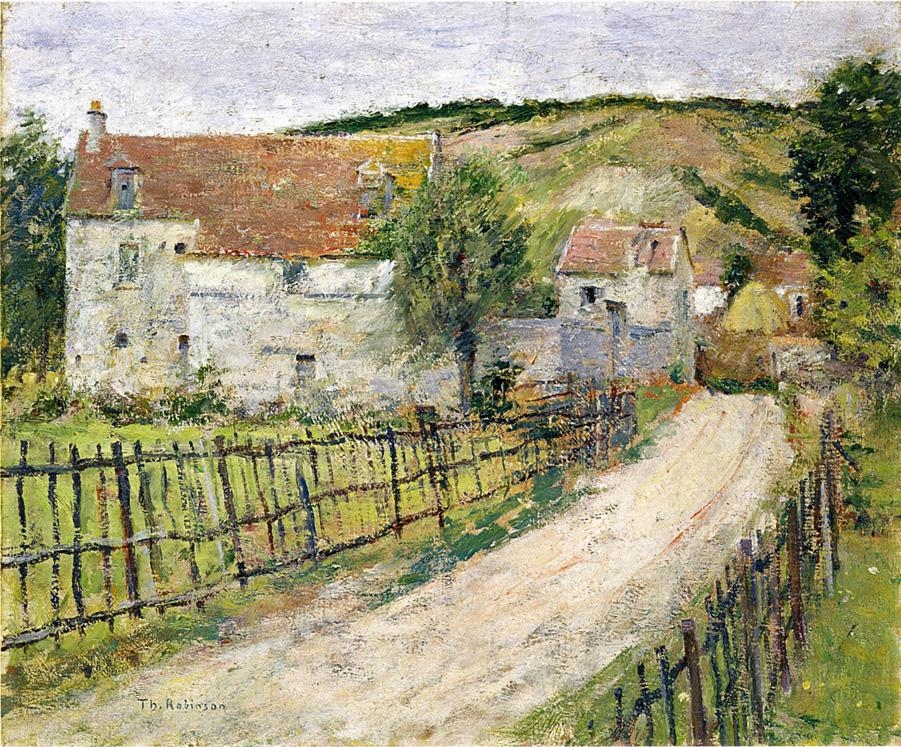 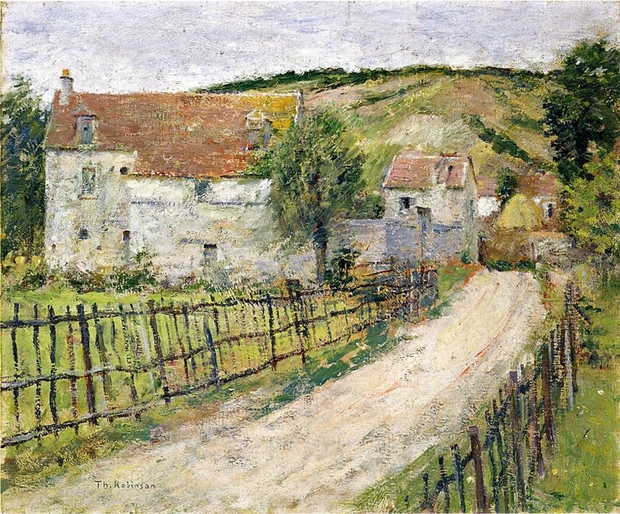 1892
After first visiting Giverny, a picturesque village in Normandy, in 1885, Robinson spent long periods there from 1887 to 1892 and became friendly with Claude Monet. Surrounded by fields of wheat and oats, Giverny supported three gristmills, including the old Moulin de Chennevières, seen here. The plow-ridged fields, the grain stack in the distance, and the mill itself summarize the seasonal cycle of cultivation, harvest, and milling. Monet’s three famous series of 1890 to 1892, depicting, respectively, stacks of grain, rows of poplars, and Rouen Cathedral, clearly influenced Robinson, who portrayed this old mill at least five times. (Source: The Metropolitan Museum of Art)

License:
Courtesy of the Metropolitan Museum of Art
For more:
https://www.metmuseum.org/art/collection/search/11936