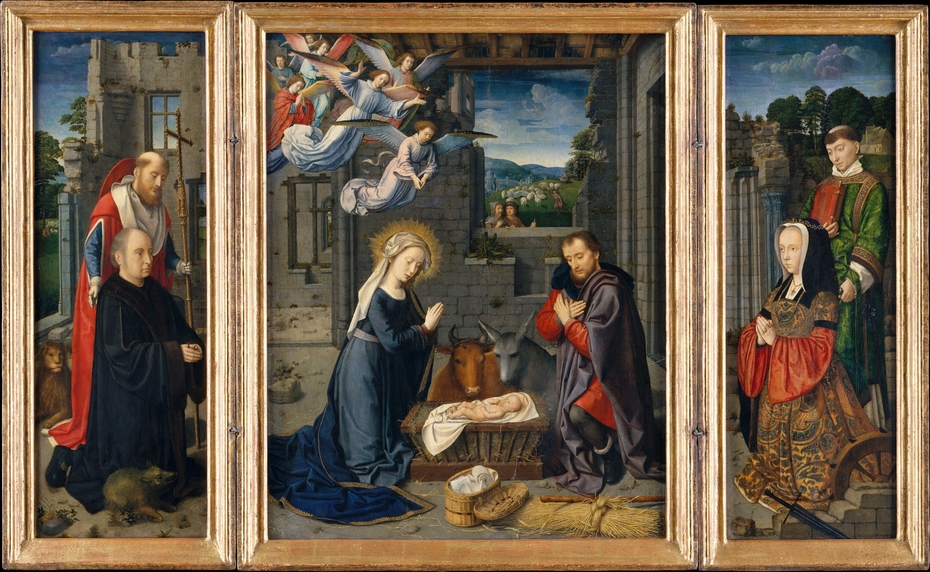 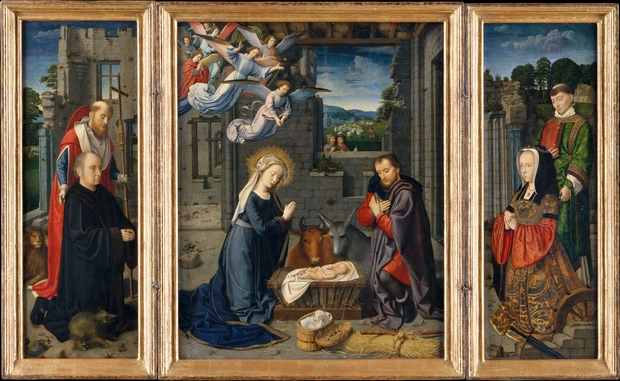 The Nativity with Donors and Saints Jerome and Leonard

1510 - 1515
David focuses attention on the mystery of the Incarnation—that is, Christ's birth and sacrifice for the redemption of mankind. Despite the joyful moment depicted, the figures all wear somber expressions, foreshadowing Christ’s eventual suffering and death. The sheaf of grain parallel to the manger refers to John 6:41: "I am the bread which came down from Heaven." The two donors, who are presented by Saints Jerome and Leonard, have remained unidentified. They could have been called Catherine and Anthony, since they are painted with the attributes of saints with these names. (Source: The Metropolitan Museum of Art)

License:
Courtesy of The Metropolitan Museum of Art
For more:
https://www.metmuseum.org/art/collection/search/436099