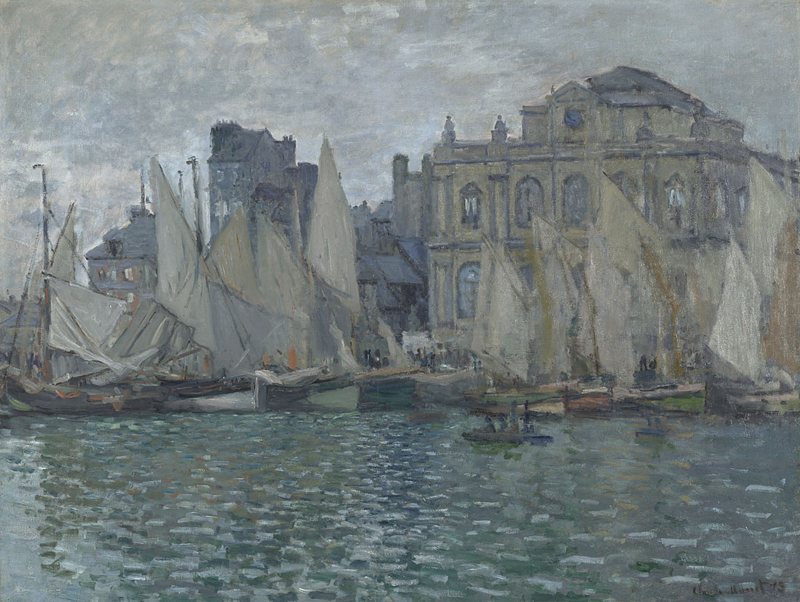 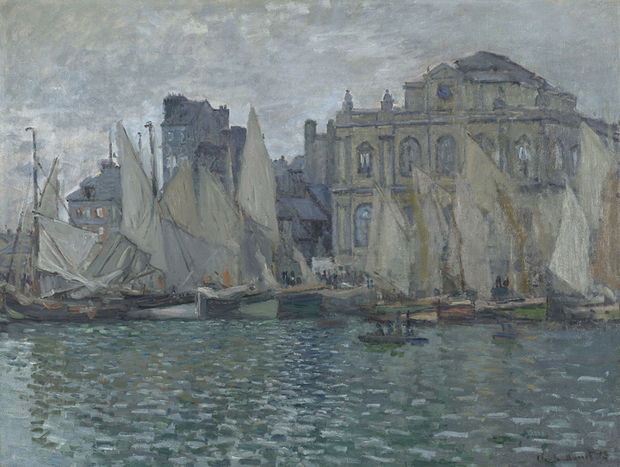 The Museum at Le Havre

1873
This is an important work which dates from a key period in the artist's career. In the early 1870s Monet lived mainly at Argenteuil but made frequent trips to his home town, Le Havre, on the Normandy coast. In 1872 and 1873 he painted several views of the harbour at Le Havre including his famous 'Impression: Sunrise' (Paris, Musée Marmottan), the picture which provoked the term 'Impressionism'. The view here is taken from one of the walls of the inner harbour looking across to the Musée des Beaux-Arts. The museum was destroyed during the Second World War and has since been replaced by a modern structure.