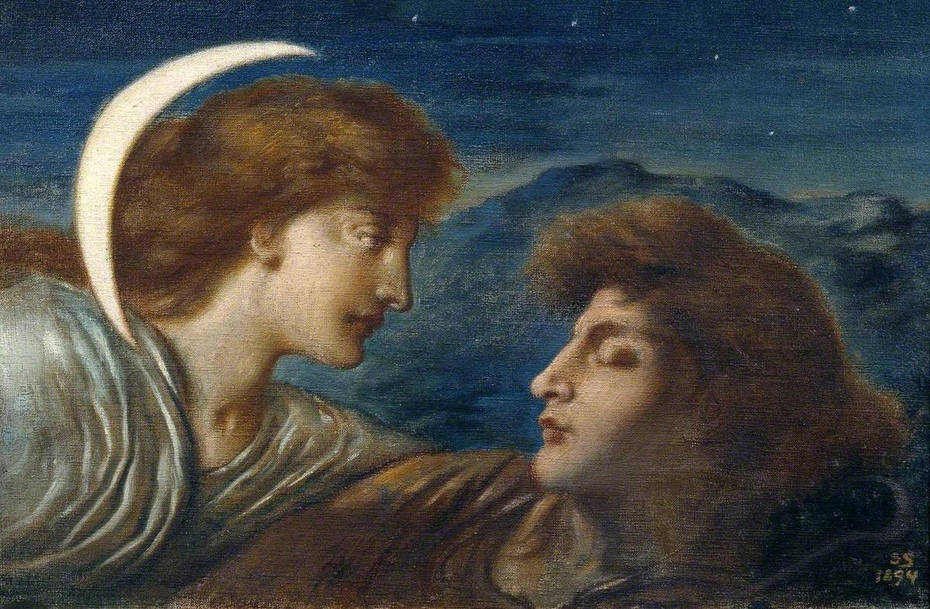 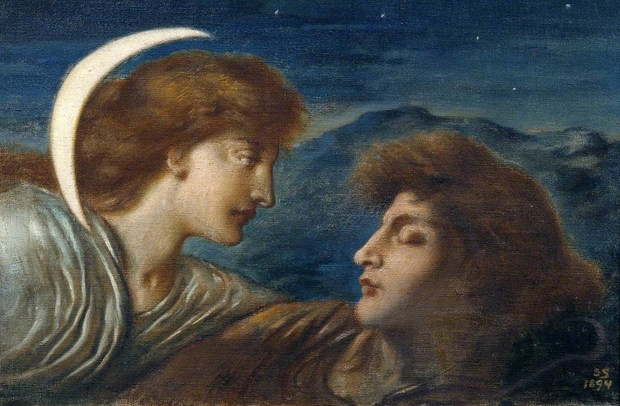 The Moon and Sleep

1894
The subject of this painting was inspired by the Greek myth of Endymion who, having been granted the gift of eternal youth by Jupiter, is sent to sleep forever. Solomon here shows the moon goddess Luna visiting Endymion, as she does every night.

The subject was given new meaning following the publication of Keats’s poem Endymion: A Poetic Romance. Young Decadents and Aesthetes found in Keats’s poem an echo of homoerotic yearning. At the time this was painted Solomon was living in poverty following his arrest and conviction for homosexual soliciting in 1873.