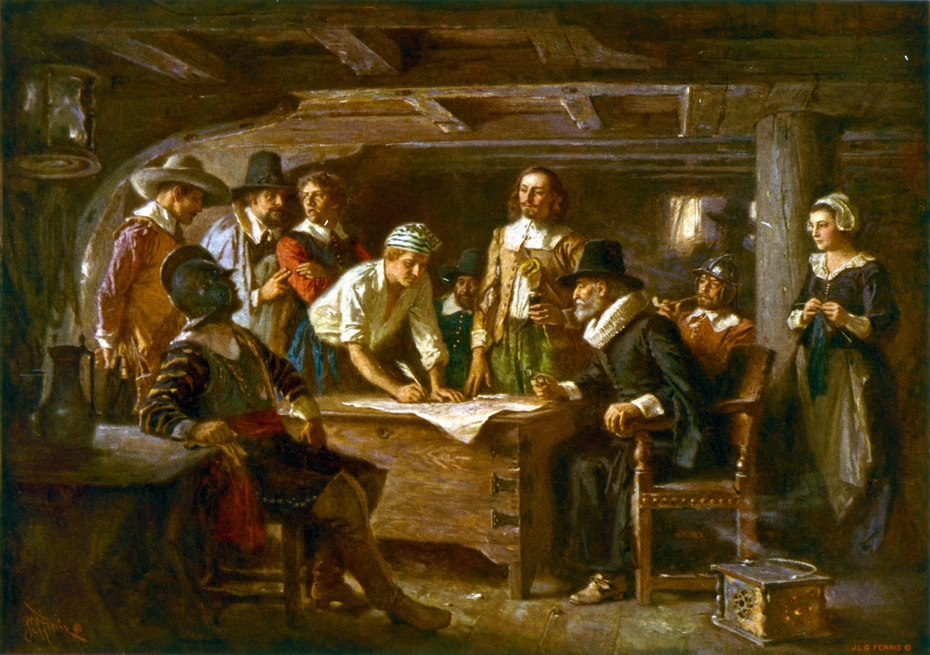 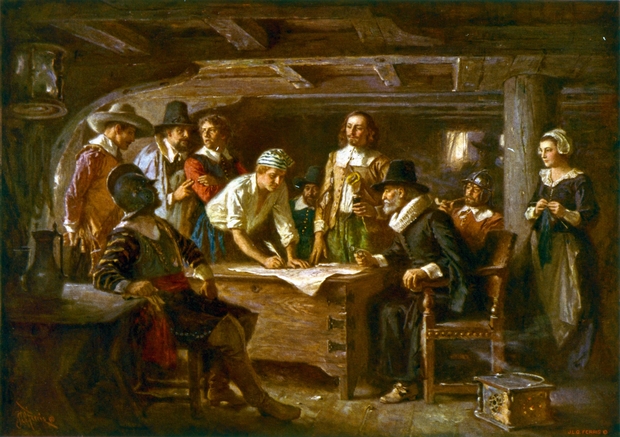 Description of the event depicted in the artwork, as offered by Wikipedia:

"The Mayflower Compact, originally titled Agreement Between the Settlers of New Plymouth, was the first governing document of Plymouth Colony. It was written by the male passengers of the Mayflower, consisting of separatist Puritans, adventurers, and tradesmen. The Puritans were fleeing from religious persecution by King James I of England.

The Mayflower Compact was signed aboard ship on November 11, 1620. They used the Julian Calendar, also known as Old Style dates, which was ten days behind the Gregorian Calendar. Signing the covenant were 41 of the ship's 101 passengers, while the Mayflower was anchored in Provincetown Harbor within the hook at the northern tip of Cape Cod."