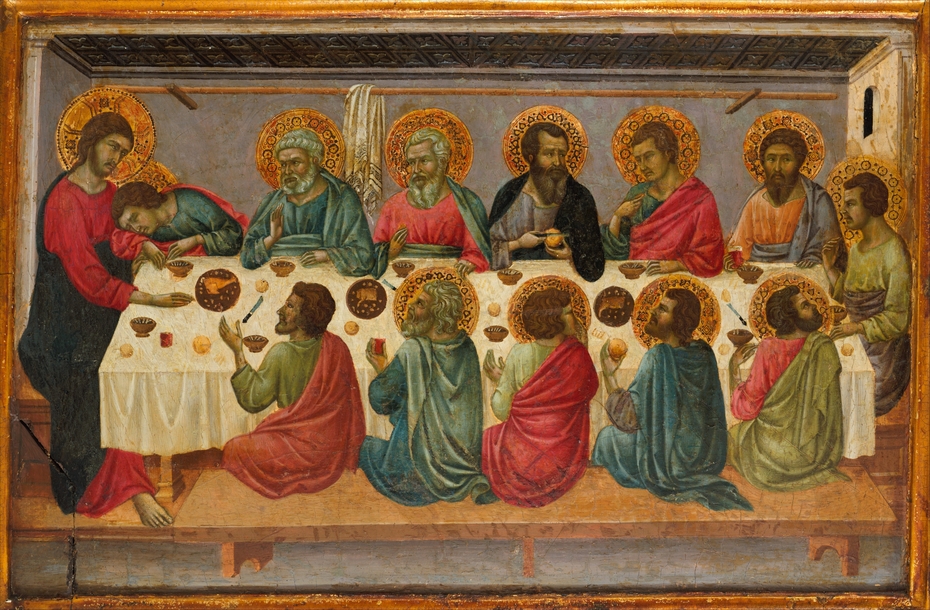 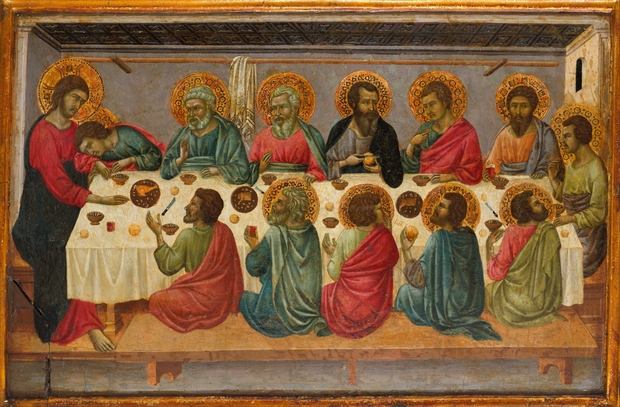 1325 - 1330
Ugolino da Siena was the most original and accomplished follower of Duccio di Buoninsegna, the greatest Sienese painter of the fourteenth century. Among Ugolino's most important commissions was the multi-panel altarpiece for the high altar of Santa Croce, the Franciscan church in Florence. This painting of the Last Supper formed part of the predella (the lowermost horizontal component) of the now dismembered altarpiece. A reconstruction of the altarpiece's original appearance is possible through an 18th-century drawing, which indicates that the "Last Supper" panel was the left-most of seven predella panels. The altarpiece's central panel, which depicted the Madonna and Child, is now lost. Ugolino's large workshop included his father and two of his brothers, who were also painters. Ugolino's point of departure was Duccio's rendition of the same scene in the "Maestà" altarpiece for Siena cathedral, but he has reorganized the composition along lines similar to the work of Giotto, who also worked in Santa Croce. That a pupil of Duccio was hired to provide an altarpiece for a major Florentine church attests to the fame of the Sienese master's work. In this scene, Christ, at the far left, informs his disciples that one of them will betray him, a prophecy fulfilled by Judas, who appears without a halo at Christ’s right. Ugolino’s exploration of spatial perspective is evident in details such as the coffered ceiling and the table settings.

License:
Courtesy of the Metropolitan Museum of Art
For more:
https://www.metmuseum.org/art/collection/search/459131