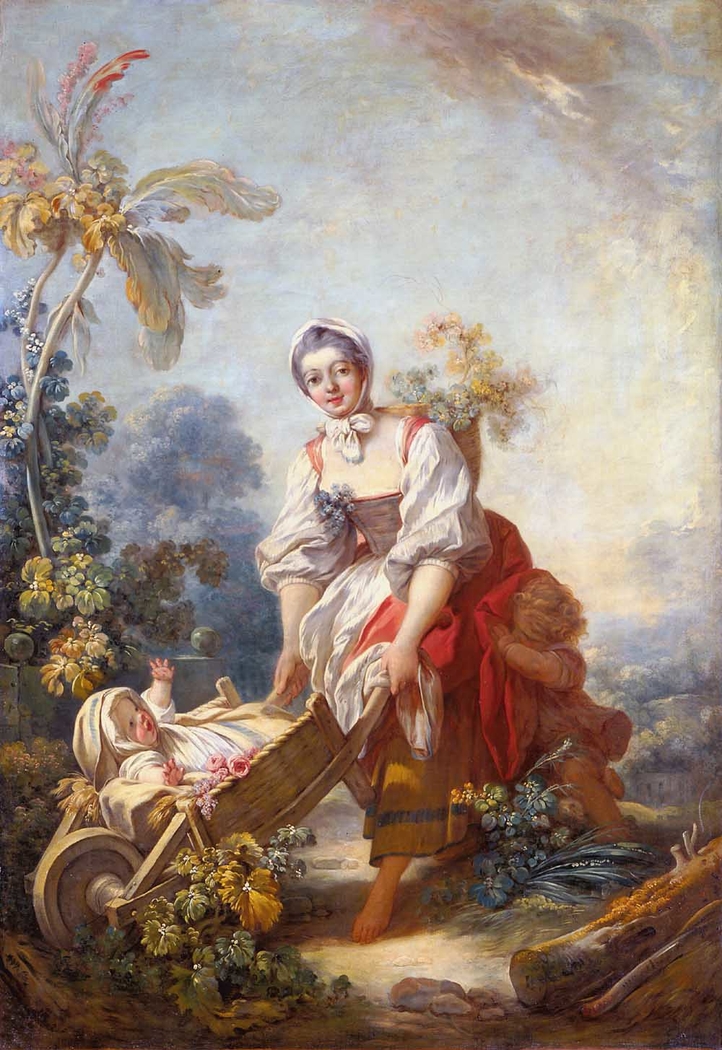 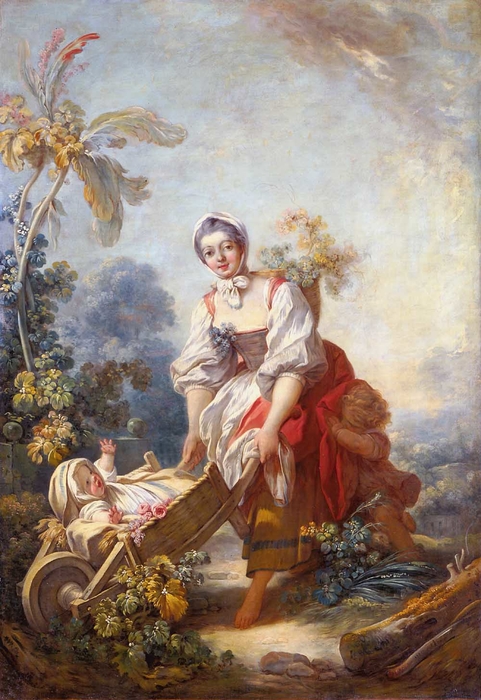 The Joys of Motherhood

1754
Gallery label:
Idealized visions of the pleasures of local country life were popularized in the 1740s by Charles-Simon Favart at the Comic Opera in Paris and in paintings and stage sets by François Boucher, with whom Fragonard apprenticed prior to his 1752 Rome Prize win. Here, the young mother, with her pretty dress and powdered hair, owes more to staged pastorals than reality. Paintings this size functioned as interior decorations for wealthy patrons. Pretty country scenes were especially popular since rural subjects suited country châteaux equally as well as city dwellings, where they might recall fashionable pastimes, like the theater. Fragonard painted unusually dynamic decorative works and here vitality exudes from the abundant flora, rosy infant, and robust, pushy toddler [source]

Size:
57 x 38-1/2 in
Medium:
Oil on canvas
License:
Public Domain, Courtesy of the Indianapolis Museum of Art
For more:
http://collection.imamuseum.org/artwork/41139/