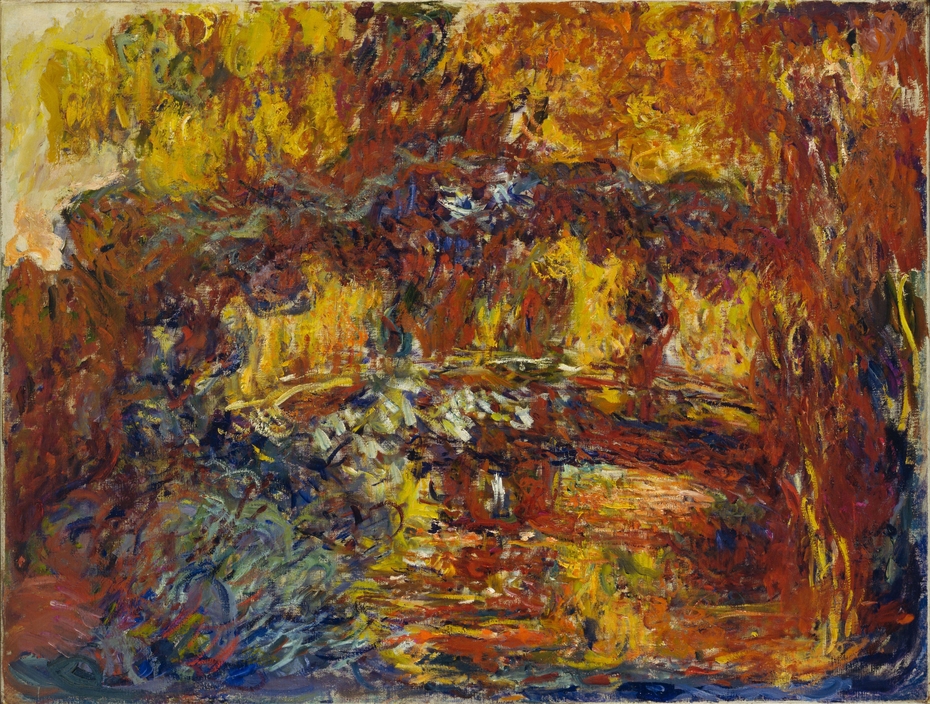 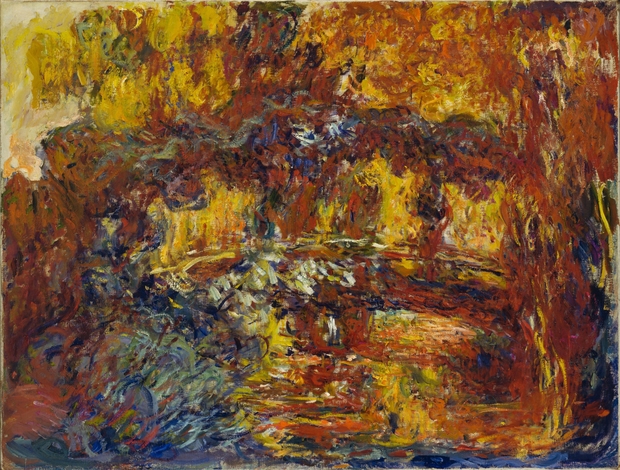 1920 - 1922
The Japanese Footbridge is among Monet's last paintings of this subject, made between 1920 and 1922. Twenty-five years earlier, in the late 1890s, the footbridge provided the subject of Monet's first series of paintings of his pond at Giverny. While the paintings in the earlier series are more naturalistic in style, the later works feature dense swirls and loose strokes of color that almost obscure the form of the bridge. These later paintings also feature a fiery palette of maroons, rusts, and oranges unique within Monet's body of work.

According to Stanford ophthalmologist Michael Marmor, “[M] wrote letters to friends, how colors were getting dull [because of the cataracts], and it was hard to tell them apart, and how he had to label tubes of paint". "So his vision was becoming progressively more brownish in essence [and] It was getting harder to see, it was getting blurrier, but he was probably more bothered by the progressive loss of color vision than the blur alone.” [source]