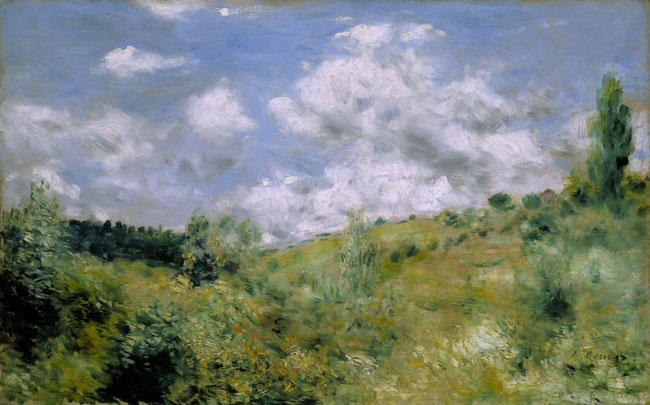 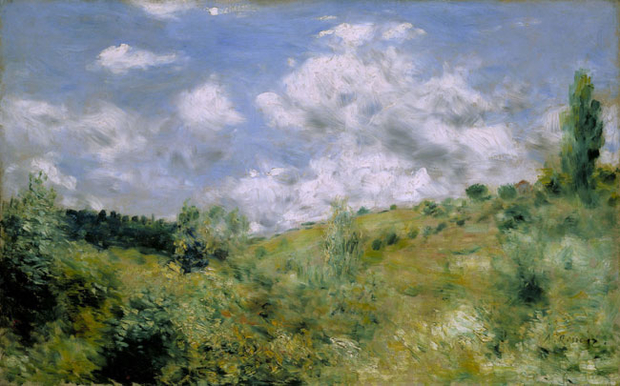 The Gust of Wind

Landscape played an important part in Renoir's earliest paintings, but in the 1860s his work became increasingly dominated by the human figure. Pure landscape is rare in his work; this scene, thought to represent a hill near Saint-Cloud, to the west of Paris, was probably painted around 1872. Renoir’s aim here is not so much to achieve topographical accuracy, than to convey the sensual pleasures of the outdoors, and that most unpaintable of natural elements: air.