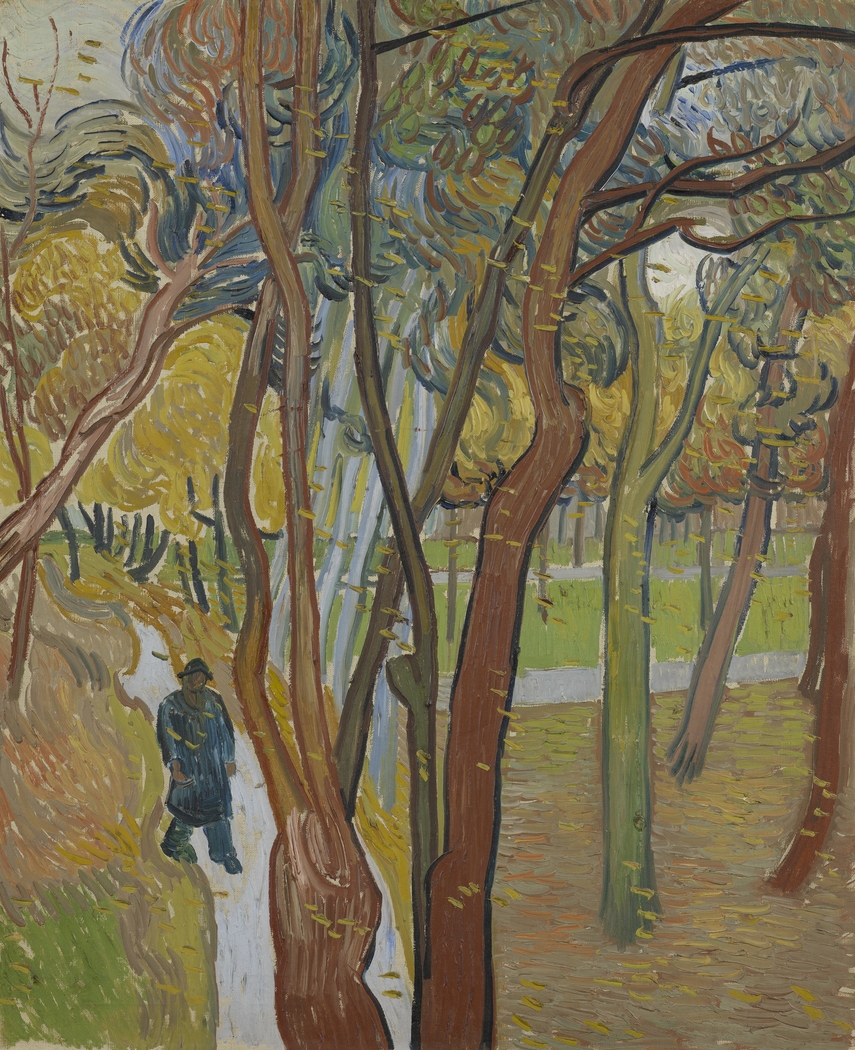 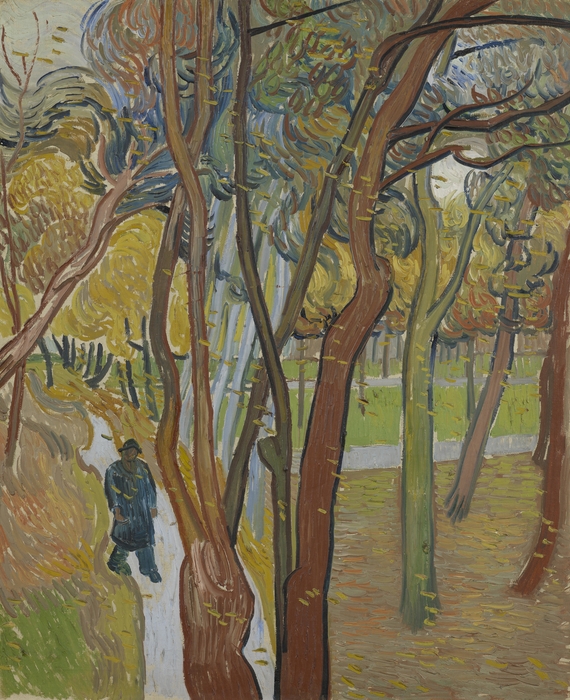 1889
Van Gogh drew a great deal of inspiration from the large garden around the hospital where he'd had himself admitted in 1889. In the autumn he made this painting, which he called a 'leaf-fall'. The seasonal atmosphere is suggested by the colours, the lone walker and the leaves blown by the wind.

Van Gogh chose a high viewpoint for the painting, so the outlines of the trunks are cut off by the upper and lower edges. He had learned this compositional technique from Japanese prints and the work of his friends, the artists Émile Bernard and Paul Gauguin.