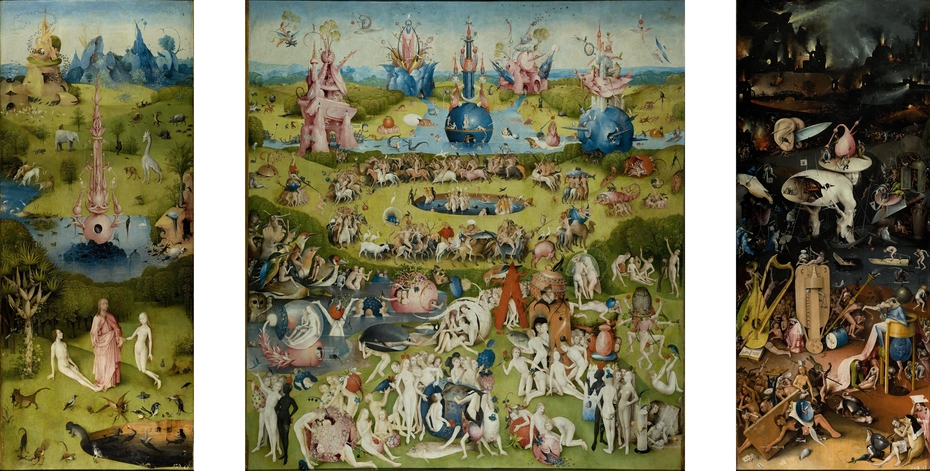 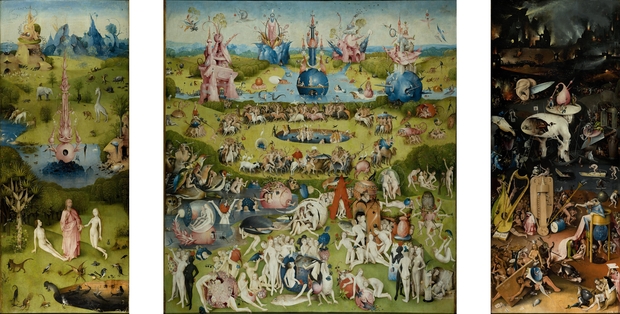 The Garden of Earthly Delights

The origin of this triptych, which is the most famous and singular work ever made by Hieronymus Bosch, is definitively linked to the Nassau family, although it has yet to be determined whether it was commissioned by Engelbert II of Nassau, who died in 1504, or his nephew and heir, Henry III, at whose palatial castle in Brussels it was seen by Antonio de Beatis, secretary to the Cardinal of Aragon, in 1517.