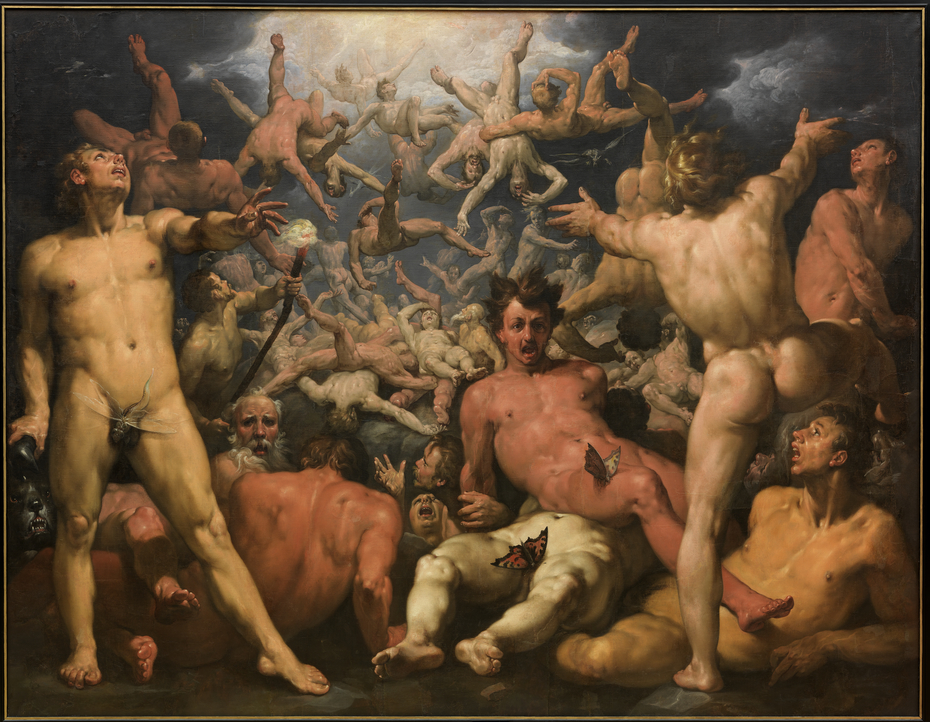 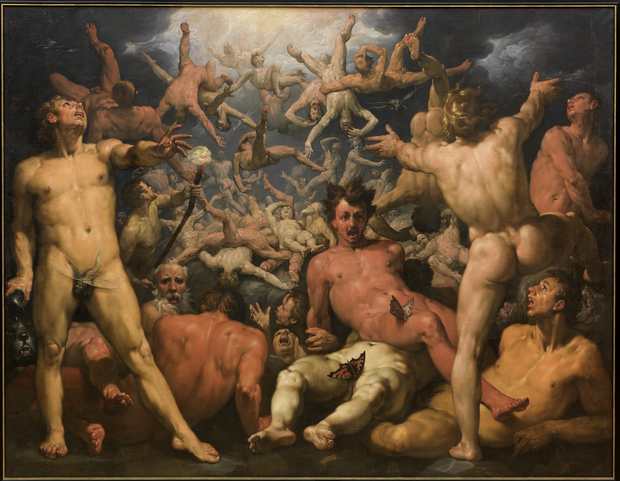 The Fall of the Titans (The Titanomachia)

1588 - 1590
The Roman poet Ovid’s Metamorphoses relate the story of a reigning race of gods consisting of the titans, the cyclopes, and the giants who were challenged to a cosmic battle by the Olympian gods headed by Zeus.

The fierce battle, the so-called titanomachia, ended with the defeat of the titans whom Zeus cast down into Tartaros, the underworld, from where they cause earthquakes and volcanic eruptions.

The artistic ideals
Cornelis Cornelisz van Haarlem brought all his artistic ideals to bear in the naked muscular bodies and the complicated poses. Studies from the nude did not become common until the late 17th century, but in Haarlem Karel van Mander (1548-1606) founded an academy that did not only use academic nudes for practice, but which also debated art theory.

An example of the Haarlem Mannerist style
This painting is an example of the resultant Haarlem Mannerist style. Mannerism is a designation used for a style between the Renaissance and the Baroque that celebrated the artificial and the sensual. The style was cultivated in places such as the court of Rudolph 2. (1552-1612) in Prague and travelled north, winning over royals such as the Danish King Christian 4. (1557-1648). The Fall of the Titans was among the Dutch paintings purchased by him in 1621.

License:
Courtesy of the National Gallery of Denmark
For more:
http://www.smk.dk/en/explore-the-art/highlights/cornelis-co…