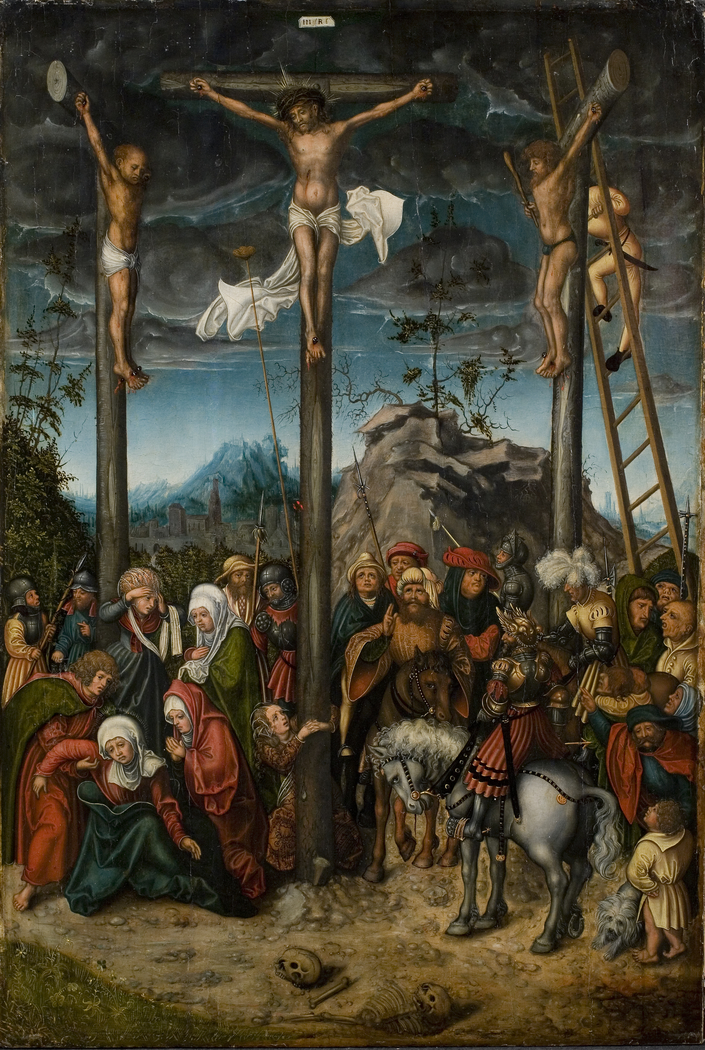 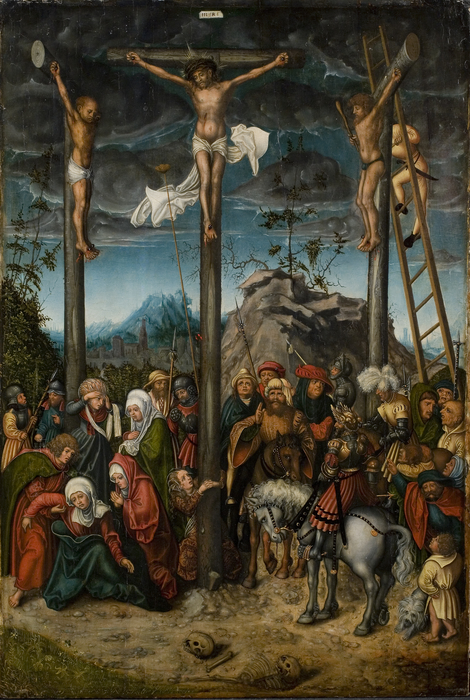 Cranach produced countless representations of the Crucifixion, both before and after the Reformation.

One of the most famous is that from 1503 in Munich (Alte Pinakothek, Bayerische Staatsgemäldesammlungen); it is a clearly pre-Reformation work on account of the almost physical obtrusiveness towards the viewer.

Invites the viewer to participate
Cranach’s late Crucifixions, and late works in general, are on the other hand tied to the surface of the picture and make no attempt to reproduce a convincing effect of reality. This Crucifixion is moving in the direction of this flat effect - it is, among other things this that produces the "stiffness" and the emblematic quality in the representation of figures - but it is still a spatial image that formally invites the viewer to participate in the scene.

License:
Courtesy of the National Gallery of Denmark
For more:
http://www.smk.dk/en/explore-the-art/highlights/lucas-crana…