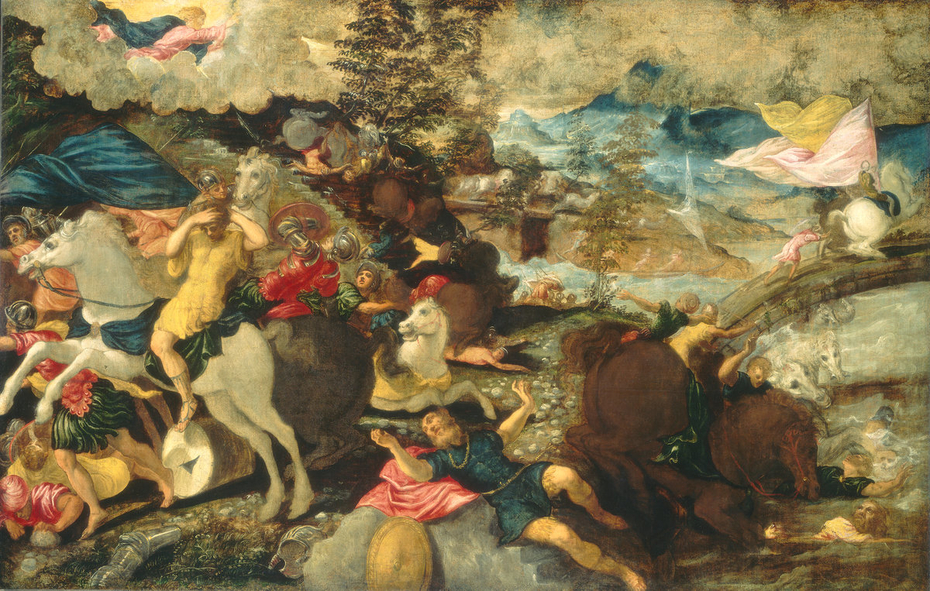 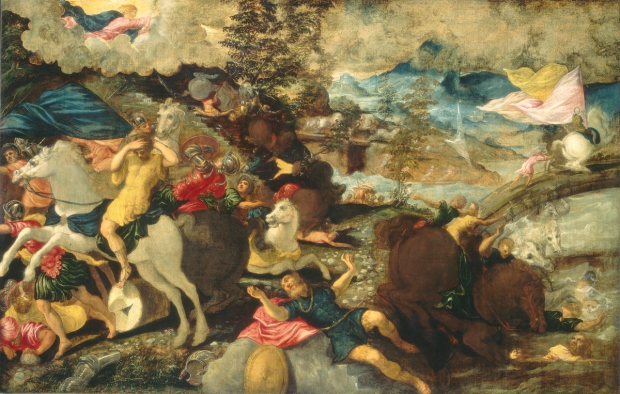 The Conversion of Saint Paul

This painting depicts the event of Saint Paul's conversion from Judaism to Christianity. Paul supposedly became Christian when travelling towards Damascus, where he was due to arrest a group of Christians on the order of the Jewish high priest for trial in Jerusalem. Before he reached the city, however, Paul (or Saul, as he was known then) and his men were knocked from their horses by a blinding light and addressed by a divine voice. Paul was blinded in the incident, but healed a few days later by a Christian named Ananias. Paul was then baptised and officially converted.