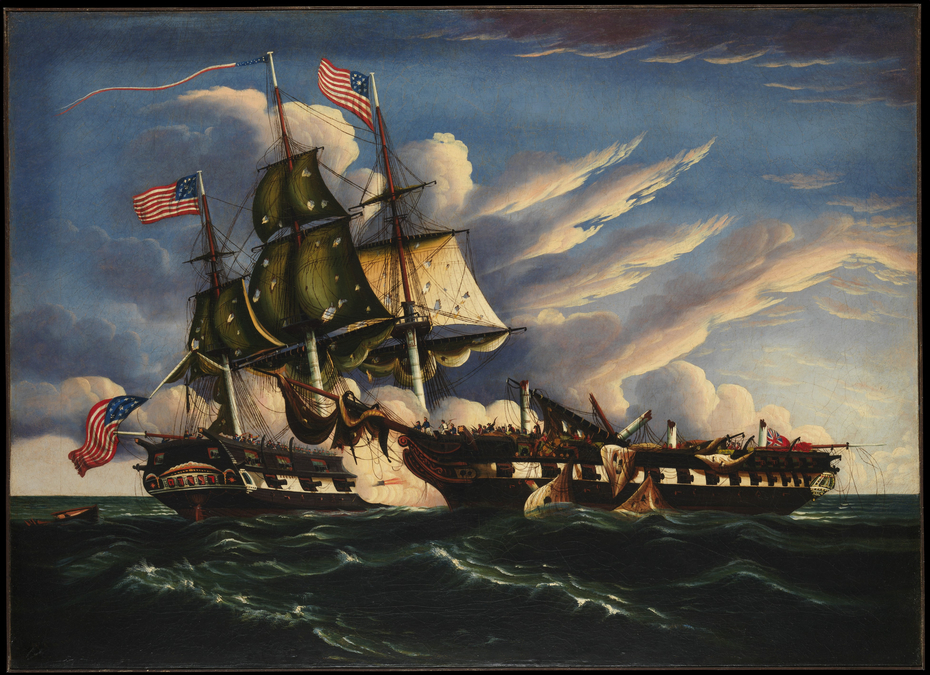 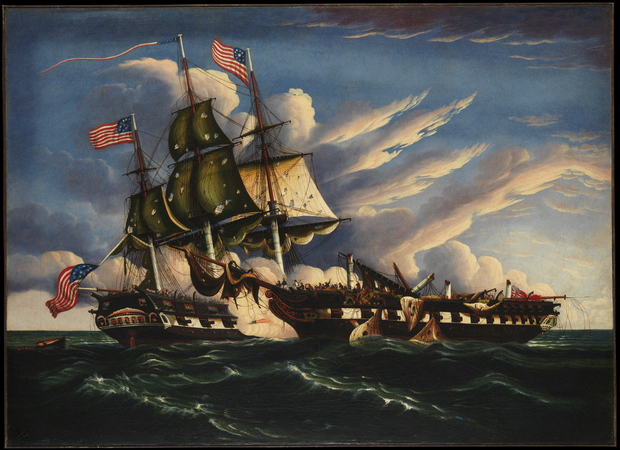 The Constitution and the Guerriere

1845
Born in England, Chambers worked in the United States as a prolific marine, landscape, and “fancy” painter between 1832 and about 1866. In the 1930s and 1940s, with the discovery of the Museum’s signed painting, Chambers emerged as a folk original, embraced posthumously by modern art enthusiasts as the “American Rousseau.” Here, Chambers focused his attention on a well-known marine battle in the War of 1812 featuring the U.S.S. Constitution, also known as Old Ironsides. Basing his composition on an engraving by Cornelius Tiebout after a painting by Thomas Birch, he took certain liberties with his source, advancing the action and showing the British ship, H.M.S. Guerrière, with all its masts broken. (Source: The Metropolitan Museum of Art)

License:
Courtesy of The Metropolitan Museum of Art
For more:
https://www.metmuseum.org/art/collection/search/10431