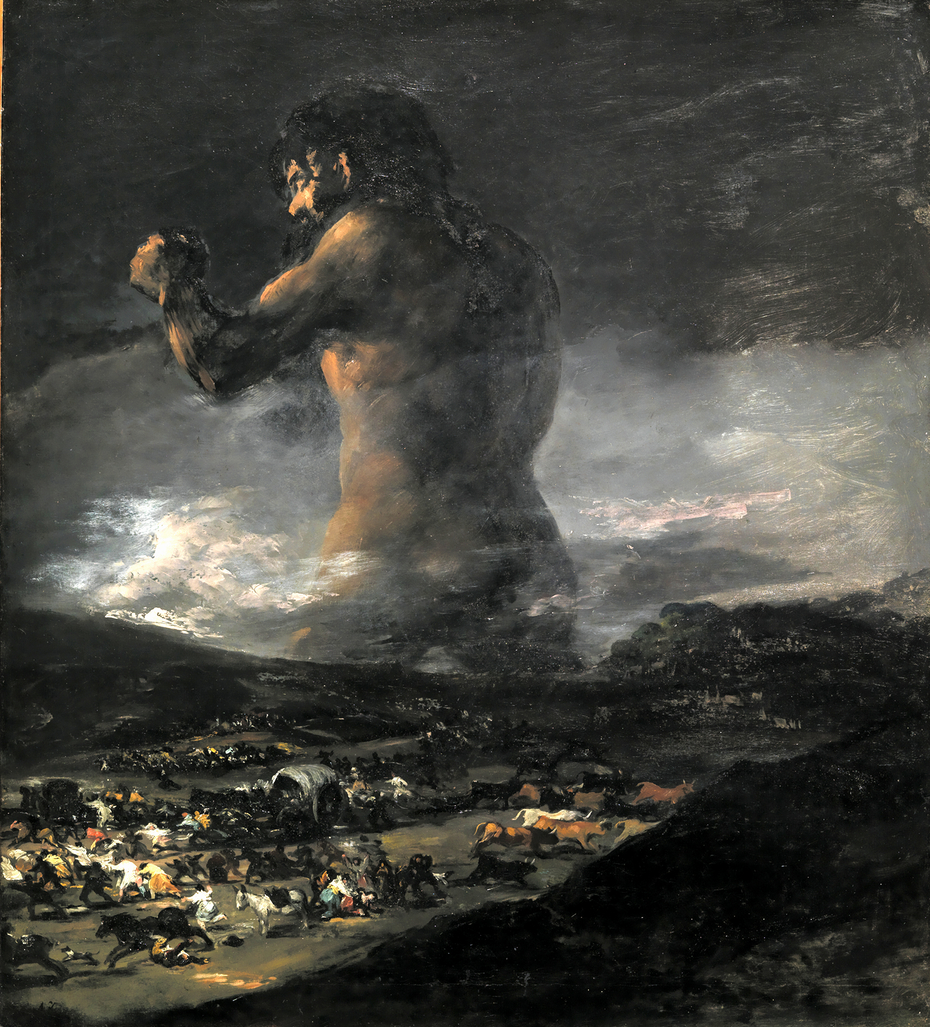 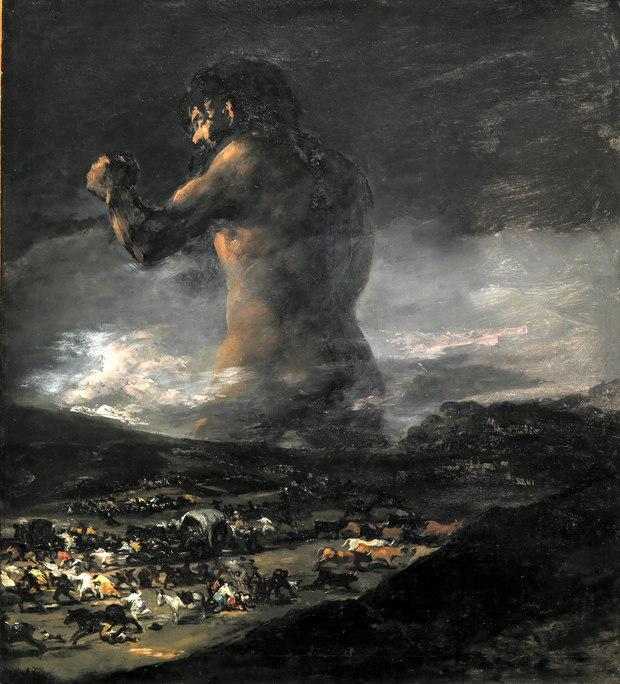 1818 - 1825
Attributed to Goya until 2008, new art historical and technical studies led to a reconsideration of the painting’s attribution, particularly following the tentative reading of the marks in the lower left corner as the initials “A. J.”. They may refer to Asensio Juliá (1760-1832), a friend and occasional collaborator of Goya. The composition is inspired by Goya’s print of The Seated Giant. The grandiose and metaphorical conception of the print is here translated into a narrative scene of ambiguous meaning. The subject has been related to the Spanish War of Independence but it has also been given more mundane interpretations, such as a storm in the countryside. The uncertain, repetitive brushstroke, the strident colours of the small figures and the dull illumination of both the landscape and the colossus, bear little resemblance to Goya’s impeccable technique.